Yesterday saw Faraday Future hold their press conference in the build-up to CES 2017, and it is the turn of Samsung and Sony to hold their Consumer Electronics Show keynote live a little later today – well tomorrow if you live in certain parts of the world.

Before we have a little look of what to except we thought we would share the Samsung and Sony CES 2017 keynote start times – Samsung’s press conference is to begin at 2PM PT on January 4, which is 5PM ET and 10PM in the UK. As for Sony, theirs is to kick off at 5:00pm PST on Wednesday 4 January 2017, (so 8:00pm EST and 1 in the morning of Thursday, Jan 5 if you live in the United Kingdom.) 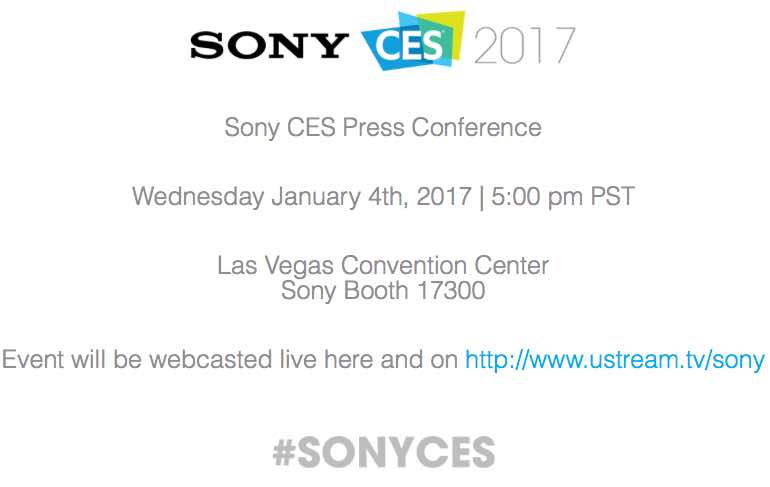 In terms of what to expect, it’s most likely that Samsung will concentrate on a new range of TV’s, although its home appliances and audio products are also certain to get new models as well. As for Sony, there are strong indications that we could see new Xperia smartphones with the model numbers G3121 and G3112 being revealed – which does seem strange seeing as though the MWC 2017 is only around the corner.

As for how to watch the Samsung live keynote stream, you are better to head to the main Samsung website for full coverage.

If you would also like to watch today’s Sony keynote in the hope of seeing whether the company announces the new SmartWatch 4 hopefully two new 4K OLED TV’s, then you need to head directly to Sony’s website or live on USTREAM.