Going back a few years TV technology seemed to have stood still, it was not until the introduction of the flat screen that things truly took off. The first few years just saw these televisions getting a little better, but it was not until the introduction of LED and 3D that things took off once again. Now things have evolved once more, take the Samsung Smart TV, which is now connected with Twitter, Skype and Facebook.

Samsung already knew that 3D was a big step, but they did not want to take their eye of the ball of what is bigger than Google, and that is social networking. With those three features integrated into these Smart TVs, your TV is transformed into a central hub for not only viewing TV shows, movies, but also gaming and social networking.

Looking at the two videos that we have for you below, you can see that apps such as Facebook and Twitter can be downloaded. If you find that you are getting bored with that, then you can choose a game to play instead, such as Texas Hold’em. It seems that some consumer electronic devices are now crossing into each others markets. 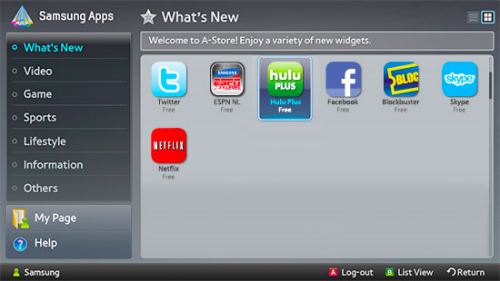 The first video talks about how powerful social media is, and that it is not going anywhere in a hurry. We know that it is everywhere, so it was only a matter of time before the TV got it as well. The idea behind this is being able to watch a sports game and being able to discuss it with your friends through your TV as it happens — saving on those calls. 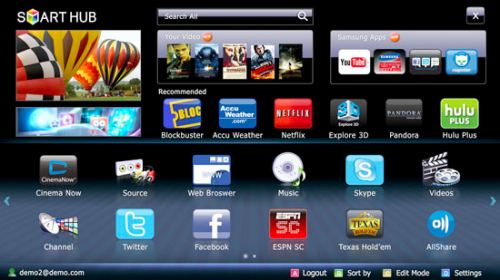 The second video is just a basic add, but it is powerful in how it comes across. The women in the commercial mentions that her new TV is smart compared to others because of the Facebook, Skype and Twitter apps. For more details on the new range of TV’s from Samsung visit their official website.

What are your first thoughts on Samsung’s Smart TV range?