It looks like Samsung are having some issues at the moment with Samsung Smart Hub not working and not connecting to the internet on Sunday evening June 28.

We have had several messages from users who say that their Samsung Smart Hub is down tonight, with many looking for a fix from our previous article that we wrote back in April 2015.

We have had a look at the official Samsung TV USA Twitter page, but at the time of writing there has been no statement released, or acknowledgement of the issues that are affecting users. 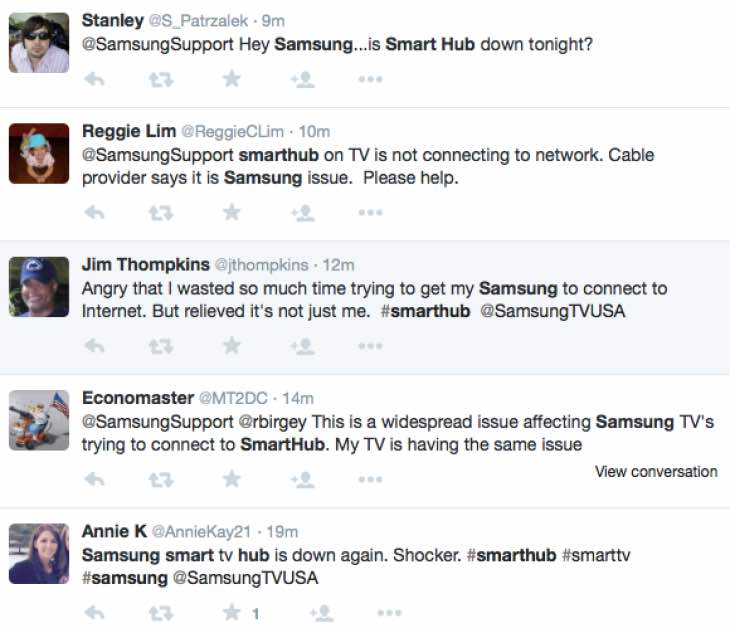 As you can see from the other feedback we found though, there definitely are problems with Samsung Smart Hub in June 2015, so hopefully Samsung’s technical team are working on a fix.

With the Samsung Smart Hub not connecting, it means that popular apps such as Netflix are unavailable to many users on their TV which is a big problem.

As we wait for an official update on this, let us know if you currently have a problem with your Samsung TV. Is the Samsung Smart Hub down for you right now in your area – which model do you have?