Samsung has launched a new promo commercial for its US version of the Galaxy S II, and while it bares some resemblance to T-Mobile’s Hercules it could quite easily be Sprint Epic 4G Touch, AT&T Attain or the Verizon Function. The reason we say this is because the video that we have embedded for you below does not give much away.

For most of the video we see the S II that we are all familiar with — the one in the UK with the home button at the bottom like the iPhone. However, if you keep watching until the very end the South Korean phone maker manages to sneak in a different version of the handset. It is this handset that we are uncertain of, as it could be any one of the big four US carrier models. 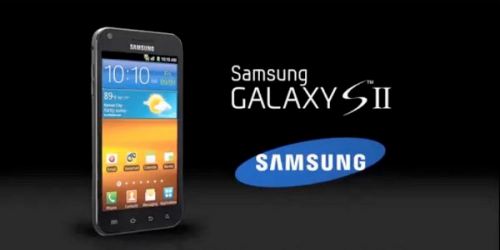 We would have to say that the design is closer to the Hercules, although the corners do not seem to be as round. As for the promo video itself, we have to admire how clever it all is. It starts of with an image of a Queens Guard standing at his sentry box; a SII then hovers in front of him to reveal some sexy underwear. However, our favorite is when it is put in front of the Mona Lisa and gives her luscious lips.

The Samsung Galaxy S II has been a long time coming, as Korea and the UK have been enjoying the handset for months now. Some consumers are now happy that it will soon be released stateside, while others cannot understand why Apple allowed such a thing to happen. These issues that Samsung and Apple have been going through in the courts is not good for consumers; all they want is a choice, and at the moment all phone makers want to do is stop each other from releasing new handsets.