We’ve received details on the Samsung Galaxy S3 Jelly Bean update for the United States, which arrived in our inbox in the last few hours in the form of a press statement. We can only guess this is Samsung reassuring US users that started to lose faith in their ability to deliver new software quick enough, although it is now clear that Samsung are ready to hand things over to the carriers for delivering the Android 4.1 Jelly Bean update to Galaxy S3’s over the next couple of months.

Samsung stated today that “specific timing” for the Galaxy S3 Jelly Bean update will be down to Verizon, Sprint, T-Mobile, and AT&T. They also recapped on the new features coming thanks to the new software, and also how the TouchWiz enhancements will benefit all Samsung Galaxy S3 owners.

You can see the full press release in the image below, although anyone hoping for a specific release date for Jelly Bean on Galaxy S3 are going to be disappointed. This update from Samsung is only to help communicate where Samsung are right now, and we guess is aimed to try and calm frustrated users. 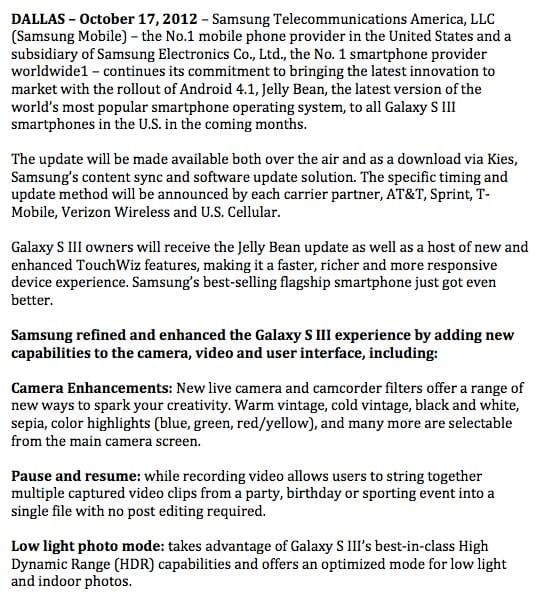 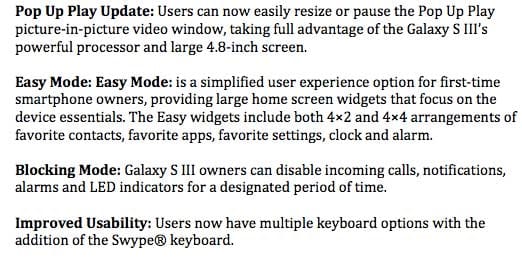 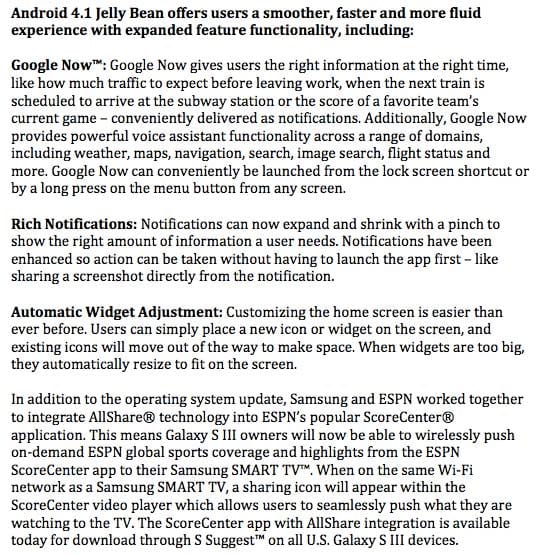 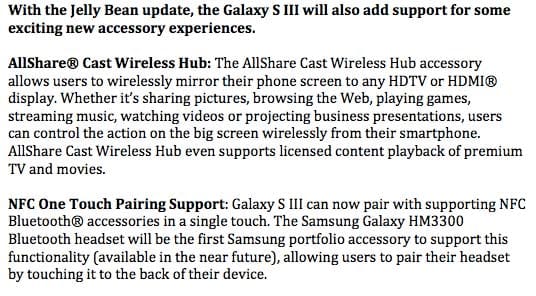 The Samsung Galaxy S3 Jelly Bean update is spreading — just two days ago we reported that Android 4.1 landed on Galaxy S3’s in Sweden, which had been the first region in October, although today we can confirm that the Jelly Bean update has landed in 4 more countries. These include Spain, France, Romania, and Austria.

You can see a screenshot above from Sam Mobile that includes versions, and other information, or visit their firmware update page here for direct downloads for the software. It might be worth waiting for the official update to launch on your device, although we’d love to hear from our readers that made the jump and installed Jelly Bean on their Galaxy S3 from an online file, which is understandable considering the time Samsung has taken to deliver this update.

Are you happy with the press statement Samsung offered today about the Galaxy S3 Jelly Bean update, or has this been the nail in the coffin for you?