One of the major announcements of CES 2018 so far, is Samsung unveiling one of the world’s first 8K televisions with an early glimpse of the Samsung Q9S which boasts an 85-inch display.

This new entry into their QLED range has the ability to upscale 4K content to a staggering resolution of 7680 x 4320 pixels hence the 8K tag and the use of AI technology to make it all possible.

Samsung has said that consumers will be able to notice the difference between 4K and 8K picture quality, due to the size of the display outputting the content.

You can see an example of this in the images here taken from Samsung’s booth at CES 2018, with a side-by-side look at two 85-inch QLED displays – one being 4K and the other the new Q9S. 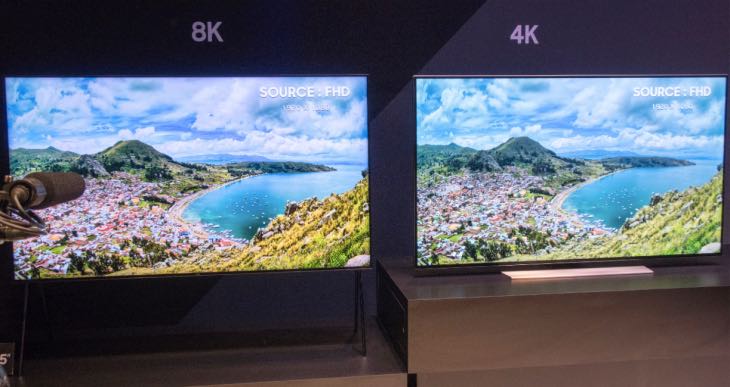 The good news for those that want to own one, is that the Samsung Q9S release date is expected for the second quarter of 2018 and will be the first commercial ‘8K’ television available on the market.

Although this is 4K being upscaled to 8K using Samsung’s new AI tech, are you still blown away by the company taking things to the next level?

Let us know your thoughts on this and what price for the Samsung Q9S you would be willing to pay as it will surely come at a premium for anyone interested.