We have been covering so much news about the hotly anticipated iPhone 5 recently that we’ve sometimes neglected other smartphones which are being launched from other manufacturers. Samsung already have one high-end device that has done the company proud in the market, which is the Galaxy S II. Now the company has launched its first Windows Phone 7.5 Mango smartphone, the Omnia W.

Samsung will be hoping for the same success with this device as they received with their powerful Android alternative, the Galaxy S II, although the Omnia W will be running an OS that is yet to be established as a market leader when it comes to phone software. They aim to aggressively challenge Apple’s iPhone by pricing their device competitively, as they believe this is where Windows Phone 7 failed.

They will price the Omnia W at â‚¬310 not including subsidies and tax. They are able to do this by sacrificing the higher specs and replacing them will more affordable yet still useful hardware in order to give the Windows OS a fighting chance. Analyst Geoff Blaber believes high specs devices priced directly against the iPhone was the wrong approach and was the cause for Windows Phone 7’s initial struggle.

The specs of the Omnia W are being compared to those of the HTC Radar, another Windows Phone 7.5 Mango device, as they are very similar. Although Samsung’s device is slightly less expensive and possesses a much faster processor compared to the Radar’s 1GHz, at 1.4GHz. It also has high-speed internet access, a 5 megapixel camera, 8GB storage, an 800 x 480 pixel resolution on a 3.7” Super AMOLED screen and weighs just 115.3g.

While the launch of these new Windows OS phones is looking promising, the company still has a lot of work to do in order to gain a significant share in the smartphone market. According to PCWorld they only managed to ship less than 1.6 million devices in the second quarter compared to Apple’s 19.6 million and Android’s 46.8 million in the same period.

What do you think of the Samsung Omnia W? Are you willing to give Microsoft’s Windows Phone 7.5 Mango OS a chance? 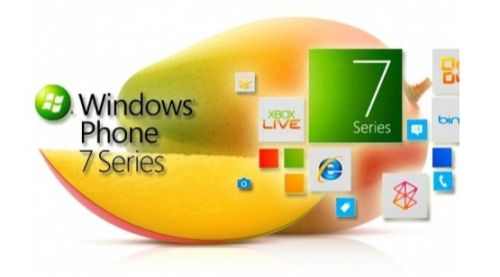