The Samsung NX Mini Smart Camera has a lot going for it, such as its super-slim body, making it easy to fit into a pocket or a handbag. You can make it even smaller by detaching the lens, and reattaching it when you need to. The price can be a bit of an issue for some of you, although we already know that Samsung has issued a price drop of $100 in the build-up to Christmas.

Paying just $449.99 for this camera is considered a bargain and only now are some of the early problems easy to live with thanks to a cheaper price tag.

We have noticed there are two versions of this model on the Samsung website, one with a 9mm lens and the other with 9-27mm lens. There is also a choice of colors, black, dark brown, mint, pink and white. 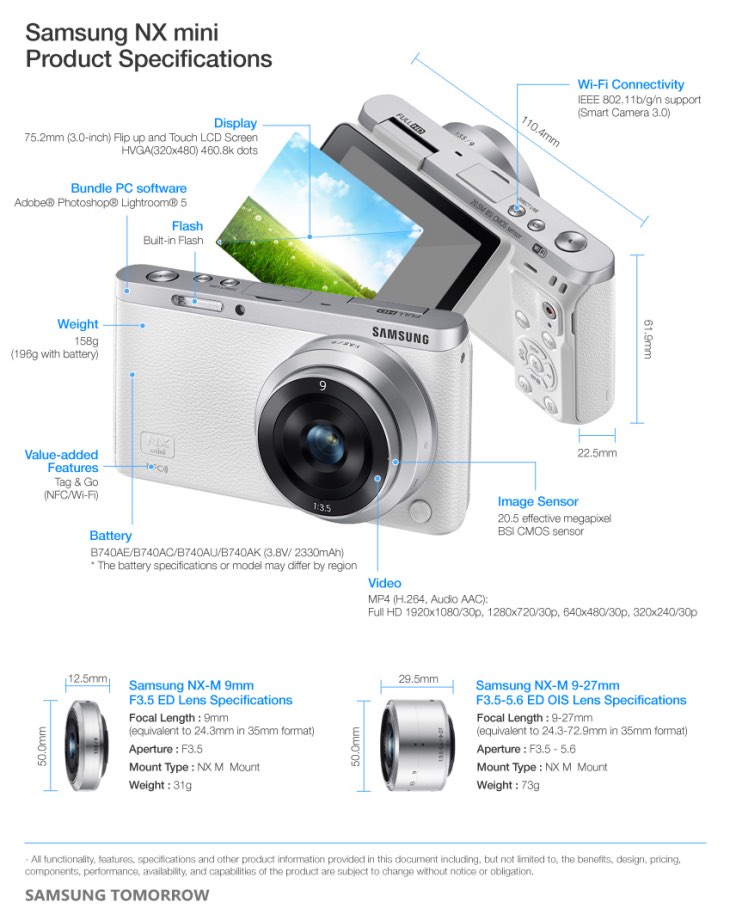 However, the specs remain pretty much the same, such as a 20.5-megapixel CMOS sensor, WiFi, 480 x 320 touchscreen that can flip 180 degrees so you can even take selfies on it.

The image above gives you a far better idea of the Samsung NX Mini Smart Camera design and its features, as well as a video review below.

Some of this cameras more positive features are its ability to select and transfer multiply images to your smartphone, send images on up to four devices, you can control the camera via your smartphone or tablet thanks to the Remote View Finder Pro, and even use it as a baby monitor, saving you money on having to buy a separate device.

More specs can be seen below, although the entire technical specifications can be seen by selecting your particular model on Samsung.com. 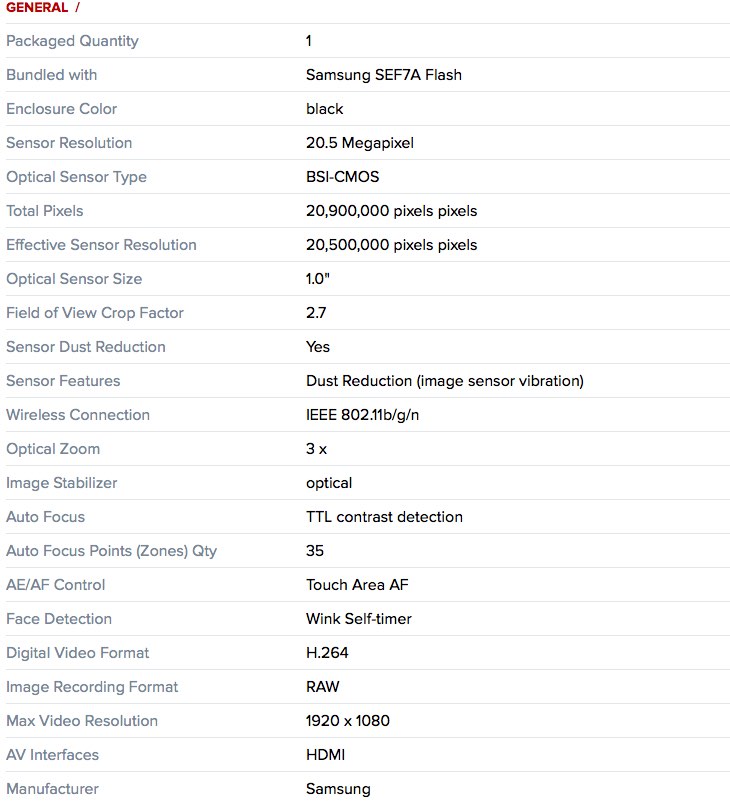