We have some good news for those of you planning to pick up the recently announced Samsung Nexus S device, as we have one of the first ‘official’ reviews for you to check out, and it’s pretty good news.

Engadget has managed to get their hands on a retail handset early, and they have given us their detailed impressions of the device, which will be available to buy on T-Mobile in the US on December 16th, exclusively at Best Buy stores.

You’ll be pleased to know that their conclusions on the hardware and software are very positive, although there were some notable criticisms which you’ll find in their review. The biggest thing to note here though, is that Engadget believe that the Nexus S has now taken the crown of becoming the ‘best Android device’ on the market, in their opinion.

Unsurprisingly, they have reserved a sizable portion of their review on Android 2.3 Gingerbread, as you should know by now that the Nexus S is the first Android handset to ship with the new software. They state that those seeking a radical interface makeover may be disappointed, as most of the new features and tweaks lie in the background, such as support for Google VoIP / SIP calling and also more APIs and Dev Tools specifically designed to improve gaming on Gingerbread – nice to hear.

Battery life is pretty good they say, as the handset managed to last around 20 under ‘heavy usage’, although they do recommend buying a second battery for those to plan to make full use of multimedia features on the Nexus S. The 5 megapixel camera performs good too, although they criticized the fact that the Nexus S didn’t support true HD video recording. 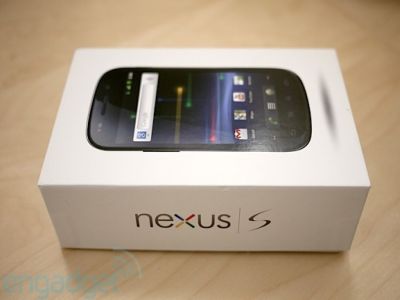 Earlier this week we asked the question whether Nexus One users were planning to upgrade to the Nexus S or not. If you are still unsure about this decision, Engadget’s glowing report of the Nexus S may make the decision a little easier for you. Check out their review in the link above and let us know your reaction to it.

Are you planning to get the device now? There’s also a great collection of images and a video which they’ve uploaded too, go take a look at the hottest Android device in town.