We have some exciting news to bring to those who have been keeping an eye on the Samsung Nexus S developments, as Google CEO Eric Schmidt has just given the device an unofficial unveiling at the webOS 2.0 summit event.

As reported from Engadget, Schmidt was showing off the phone at the summit, but he was careful not to give out any specific information regarding specs, manufacturer or carrier, until an official announcement is made.

However, new photos captured from the event have suggested that the Nexus S, still likely to be made by Samsung, will be heading towards T-Mobile as previous rumors suggest. The images also reveal a high res AMOLED of some sort, and volume controls on the left-hand side of the device.

Engadget point out that the device is as thin as the iPhone 4, if not even thinner, and the Android 2.3 Gingerbread interface will feature a rather cool ‘screen-off’ animation, which you can check out below. Have a look at the photos yourself over at Engadget and let us know your thoughts on the Nexus S.

Are you definitely getting one or not? 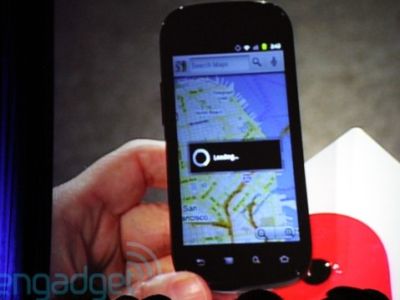