As expected, Samsung has stunned CES 2018 fans by unveiling yet more innovations that are going to take the consumer entertainment market to the next level.

At CES 2018, Samsung gave attendees the first glimpse of their new 146-inch modular MicroLED TV, another world’s first which they are nicknaming ‘The Wall’ due to its monstrous size – see it below in all its glory.

But what exactly is a MicroLED TV and what are the differences compared to an OLED TV? Samsung has been coy on giving out full details, but at CES 2018 they did share the following tidbits of information.

MicroLED has the ability to reduce LEDs to a smaller size and doesn’t require a backlight or LCD shutters. This technology can also produce its own light and as a result, creates a brighter display with more contrast available to the eye. 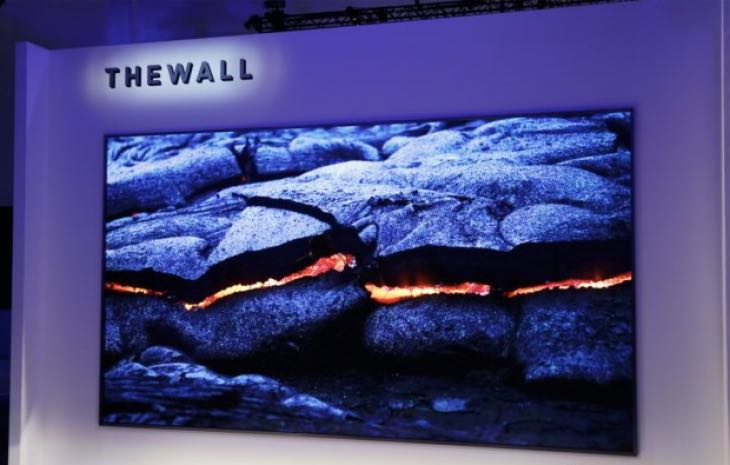 Samsung was also keen to stress that MicroLED Vs OLED results in no black levels on MicroLED either and color gamut is far superior to what is currently possible on OLED models.

It sounds highly impressive, but as always price is going to be the deciding factor. Samsung has not announced a price or release date for the first MicroLED TV but rumors suggest that it could be in excess of $10,000 so let us know what you think of this below.

Imagine owning one of these 146-inch beasts in your home, would your life be complete?