Google Glass availability was only for those who were signed up for the program, and so the public still has a long wait. However, to help gain a better understanding or to shift old stock, Google is allowing anyone to purchase Google Glass for one-day only, which just so happens to be today. However, this only applies to resident of the US, but fear not, as there are some rival devices looking to offer consumers a choice.

Speaking of rival Google Glass devices, Samsung has been very busy and has shared several ideas by way of patent filings, although none like this latest one. The new Google Glass alternative is different in the way that it is an earpiece with an arm attached, and at its end is a display that looks a lot like Google’s.

The way in which this differs is how it doesn’t look like a pair of glasses, but rather one of the strangest Bluetooth headsets. This is essentially a headset, but takes the concept one-step further. 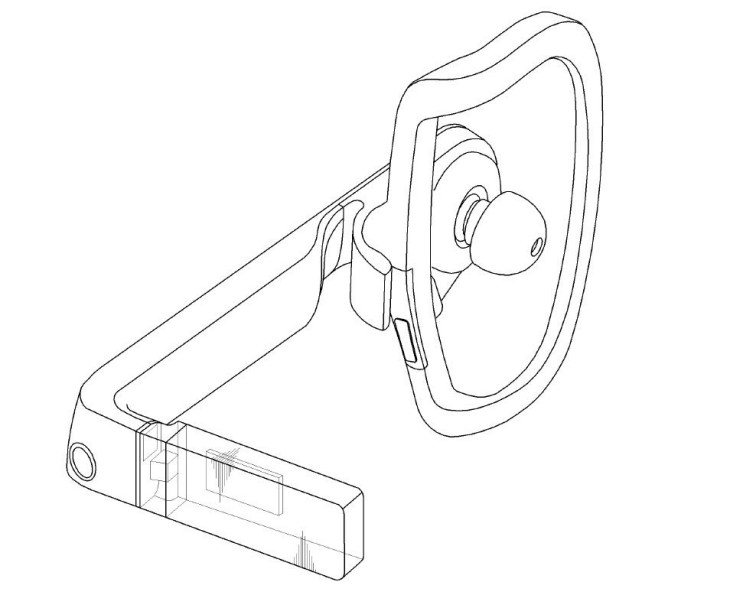 As the wearer, you would be able to take control of your movies, music, videos and even take calls and messages by syncing with a smartphone, as well as that bonus HUD.

The design of this so-called Samsung Google Glass wannabe is far less intrusive than that of Google’s device, which could be key to its success. We are not sure if this will ever make it to the public release stage, but we do hope to see what intentions Samsung has in this new wearable market during IFA 2014 later this year.