We have seen our fair share of Windows Phone 7 handsets in the last few months, but possibly none as nice as this one. We have a good close up look at a new Samsung handset that will be rocking Windows Phone 7 on release.

As reported from Gizmodo, people are really taking notice of some leaked shots of the Samsung GT-i8700, since it looks like the first WP7 design that users really want to get hold of.

Gizmodo has obtained two photos, one which gives us a look at the front screen with some system information, and a second image which takes a look at the back case and also confirms a high-quality looking camera with LED flash. We also can confirm that this handset will support 8GB of internal memory.

Check out the images below and let us know what you think of them. Is it the nicest looking WP7 handset you’ve seen? Don’t forget about the HTC HD3 either. 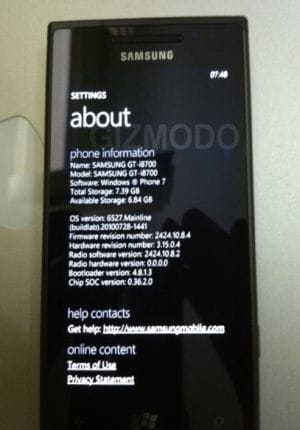 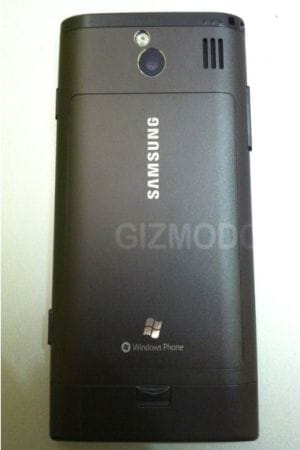