The last few months seem to have been dominated with Android tablet news mixed in with some iPad rumors, however we now have details regarding a Windows-based tablet which Samsung may be working on.

Apparently this device will be called the Samsung Gloria, it is rumored to run Windows 7 (Starter Edition) and features a 10-inch touchscreen display, a slide-out QWERTY keyboard and a custom user interface.

We have embedded a mock-up of this device below, to be honest with you I am worried about its physical design, let’s face it to run Windows 7 it will need some decent hardware within, which will probably make it heavy, also the iPad is not small with its 10-inch display, therefore strapping a QWERTY keyboard onto a device with a similar form-factor will make it pretty big. 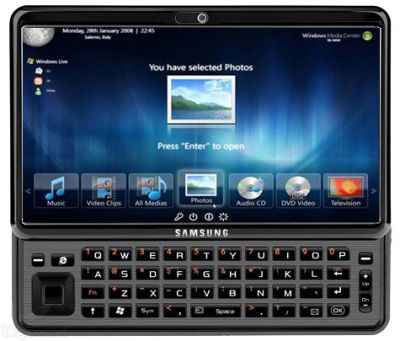 At the moment Samsung has not officially announced the Gloria tablet, therefore it is unclear as to whether this device will ever materialize, personally I would much prefer to see a Samsung Galaxy Tab with a slide-out QWERTY keyboard.

SlashGear’s sources suggest that this device will be released in early-mid 2011, if this is true we would imagine more details will be revealed soon, as we hear more we will keep you posted.

It will be interesting to see how the Gloria will compare to the HP Slate 500 in terms of specs and price, this tablet retails for $799.00 and features an 8.9-inch display, an Intel Atom Z540 processor, up to 64GB of internal storage and 2GB of RAM, you can find out more here.