Two months ago we told you about a Samsung promotion in the UK which gave new Galaxy S9 buyers a free VR headset as an incentive for their purchase.

Now, we can see that Samsung USA are running a similar promotion but this time you have the opportunity to get your hands on a pair of AKG headphones worth $180.

The good thing about this offer is that it’s not restricted to just the S9, as Samsung are also applying the Galaxy Note 8 and the older Galaxy S8 as well which is nice. 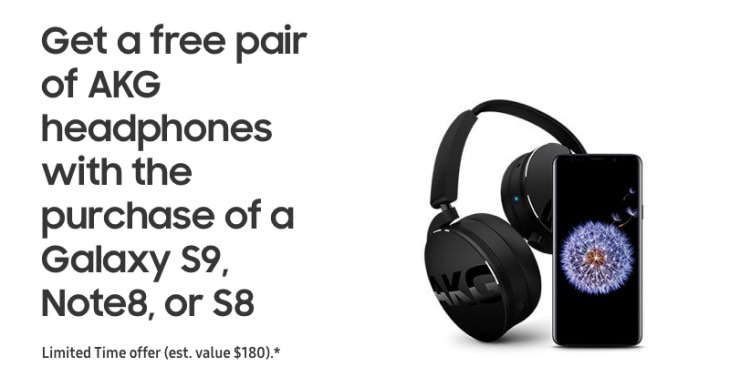 If it’s the S9 that you are after though, Samsung has listed a range of attractive contract options for you to consider, one of which gets you an S9 for $30 a month on Sprint or $719.99 to buy it unlocked.

AKG audio has been heavily featured in other Samsung devices, the Tab S3 for example so this is another way for Samsung to flex their muscles while giving consumers a rather nice incentive on top.

The important thing to remember is that the promotion is valid until June 30 so you have just over a week to make a purchase.