We wouldn’t normally expect a very short video to be able to compare the Samsung Gear S and LG G Watch R, although the video we have featured below aims to reveal the advantages of each device in a simple way. While this video doesn’t go into any great detail, it looks like it hits the sweet spot for those with a short amount of time.

You’ll see the advantages of the Samsung Gear S smartwatch revealed first, followed by the main selling points for LG G Watch R. The video only runs for just under one and half minutes, but take a look below and let us know what you think? 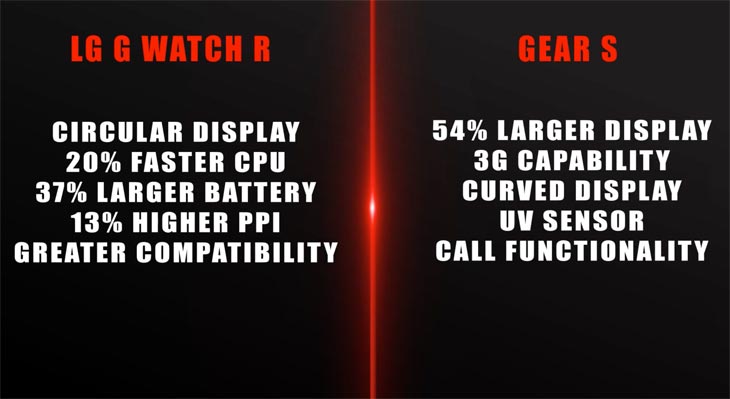 You can see these features side-by-side in the image above, so take a look and feel free to watch the video. Samsung Gear S vs. LG G Watch R, what smartwatch is better in your opinion?