We have some good news for those of you who are interested in picking up the new Samsung Gear 2 smartwatch. The Korean manufacturer has announced Samsung Gear 2 release date details, including a surprise change of operating system compared to the original model.

The Samsung Gear 2 specs have also been upgraded, going from an 800MHz processor up to a pleasing 1Ghz dual-core processor. There will also be 512MB of RAM to utilize and longer battery life with a 300mAh battery inside, which will offer around two to three days of usage on a full charge. 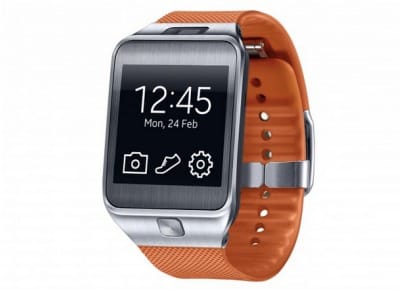 The new Gear 2 is also waterproof, with the ability to submerge the watch in up to 3 feet of water which is fairly impressive. There’s 4GB of RAM on board and the ability to make calls is kept from the Galaxy Gear – obviously an essential piece of information which most of you need to hear before making a decision on whether to upgrade.

With the release date now set in April, let us know if you are interested in getting one. Were you a fan of the orignal or not? We’ll be giving you more in-depth information on the Gear 2 soon.