We recently told you about Microsoft’s potential plans to bring a foldable tablet to market after some patent images were revealed.

Now though, we have some details on what could be the first foldable smartphone to arrive in 2018 with the rumoured Samsung Galaxy X that could be bringing flexible display technology to consumers this year.

It’s no secret that Samsung has been working on foldable display technology as far back as seven years ago and now 2018 may finally be the year when Samsung are ready to release them onto the consumer market.

Now rumors are increasing that Samsung’s foldable phone could turn out to be the Samsung SM-G888N0, which has already had a website listing set up for it on Samsung’s official website. 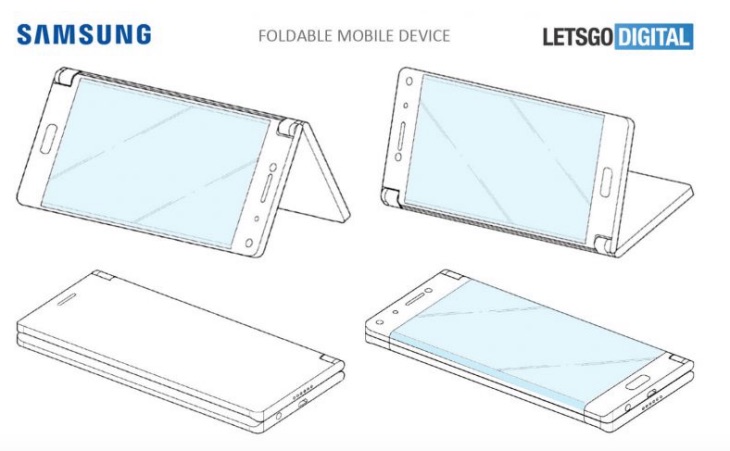 There’s also been new patents uncovered showing Samsung’s latest idea of how a foldable phone could work with users being able to fold over to show two displays or set up the device in ‘tent’ mode with two sides being folded over.

On top of this, we’re hearing that the Samsung Galaxy X could be ready for a global unveiling at CES 2018 which starts on Tuesday January 9, so not long to go at all in search for an answer.

Could 2018 be the year of the foldable devices landing on the market with Samsung and Microsoft leading the way with new foldable smartphones and tablets respectively?

Let us know your thoughts on this and if you would love to own a phone that you could fold to change the way information is delivered to you.