We have some more juicy news on the one Samsung tablet that has been catching a lot of attention lately – the 18.4-inch Samsung Galaxy View tablet which the company themselves teased at the end of their Gear S2 event.

Now it looks like it is coming very soon and now we know that it could be an AT&T exclusive. If you were hoping to get this monster tablet on the likes of Verizon or Sprint, those hopes may have been dashed.

The tablet has been revealed over at the FCC website and one image in particular shows the 18.4-inch Galaxy View with the familiar AT&T branding on the rear. 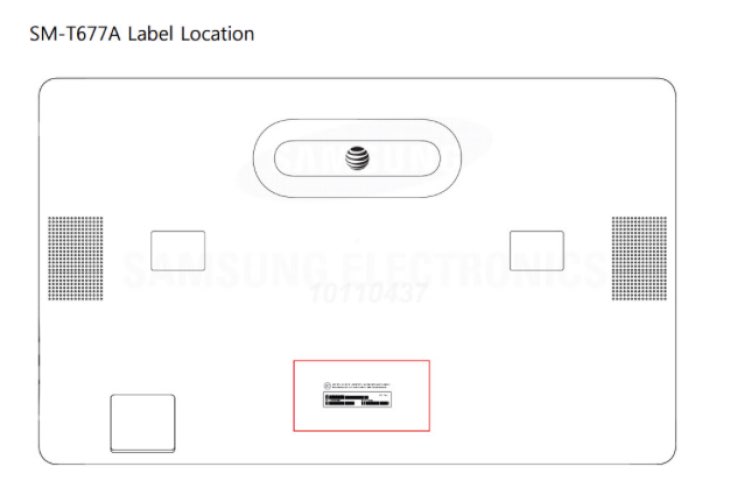 When an unreleased device shows up at the FCC database, it usually indicates that it is ready for release. We could now be weeks away from a formal announcement, to finally see how consumers can integrate the unusual 18-inch tablet size into their lives.

A reminder of specs, as the device is thought to be coming with an Octa-core 1.6GHz Exynos 7 processor, along with 2GB of RAM, 32GB of storage and Android Marshmallow among other features.

Are you interested in buying this tablet? Does 18-inches appeal to you or is it too big for you to take seriously?

Would you be disappointed if there is no Verizon Galaxy View 18-inch tablet release?