The Samsung Galaxy TabPro finally has its release date and can be pre-ordered now. This follows on from the release of the Galaxy NotePro which went on sale this time last week; the TabPro unlike its brother comes in different sizes and prices.

Those that pre-order the GalaxyTab Pro will receive it on March 4th, the Android tablet will hit stores on March 6th. You can get the TabPro in either 8.4, 10.1 or 12.2 inches, starting from £349 and then rising to £449 and £549. Each of the tabs feature a 2560 x 1600 display resolution but the specs vary between the different sized models.

For example the 8.4 inch tab features a quad core processor and the larger models are upgraded with much stronger octa core processors. The Samsung Galaxy TabPro will ship with KitKat, the latest version of Android. Samsung is running a limited promotion which gives away a free 32 GB memory card for anyone who pre-orders. 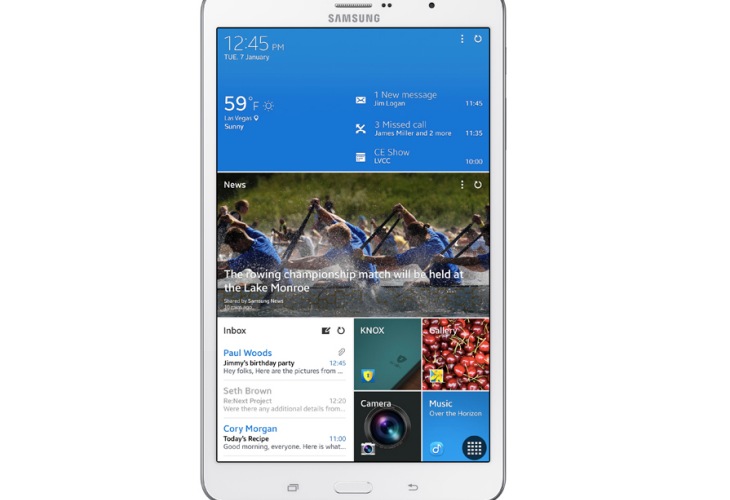 The TabPro can be bought in either Black or White, boasting a 4 million pixel display. Samsung has chosen not support styluses use like the NotePro, although the tabs are being sold with slightly different purposes. The TabPro is the more flexible and affordable model, whether the NotePro is a stand alone 12.2 inches but with a huge price tag to match of £649.

The NotePro and TabPro have already launched in the US and will be widely available in the UK on March 6th if you do not pre-order. Will you be reserving yours to get a free memory card with your new Android tablet?