We told you a couple of days ago, that there were reports suggesting that a high proportion of Samsung Galaxy Tablets were being returned by unhappy customers. Now Samsung has came out to deny such figures.

TechRadar are reporting that the Korean company has issued a statement, which said the real figure of returns is below two percent. This is a lot less then the figures of 15 percent that were banded about recently, and similar to those which the Apple iPad sees.

The statement from Samsung said that the figures released by a research company were ‘incorrect’, clearly Samsung where annoyed by the reports of dissatisfied customers returning their devices. This followed a misunderstanding last month when Samsung’s Lee Young-hee was thought to have said that sales were ‘quite small’, when in fact he said ‘quite smooth’. 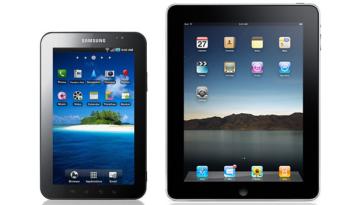 Meanwhile speculation mounts up that we are about to see official news of the Galaxy Tab 2 at this month’s Mobile World Congress 2011. According to an article on Phones Review, we could get news at the event in Barcelona on the 13th.