We have some interesting news to bring you now, and perhaps a slight worry for those of you planning to pick up a Samsung Galaxy Tab with particular reference to HTML5 features on the device.

As reported from Apple Insider, a web app developer has compared the recently released Galaxy Tab with the market leader in the iPad, and has concluded that the Samsung Galaxy Tab is ‘disappointing’ in comparison to the iPad.

According to Sencha, the Galaxy was examined using a variety of benchmark tests, one of which being Acid3 – a basic web standard tester. The result on the Android 2.2-based Galaxy Tab was 93/100, which you may think is pretty good, but still below the perfect-scoring 100/100 iPad.

Further tests were also performed on Modernizr HTML5 and also SunSpider JavaScript performance and features. Sencha also revealed that the Galaxy Tab could not load HTML5 feature WebFonts, and also had problems rendering some CSS3 animations. 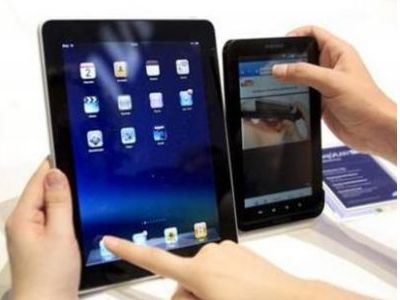 For the casual Samsung Galaxy Tab owner, the results may not be too concerning for you, but for those who intend to make full use of the HTML5 features on the device, you may be in for a slight surprise. You’ll find a full analysis of the test results over at Apple Insider.

Have a read through their article and let us know your thoughts on it. Are you worried about certain aspects of the Samsung Galaxy Tab or are satisfied with your purchase?