We have some interesting news to bring you now, as it has been confirmed that the first OTA update for the Sprint version of the Samsung Galaxy Tab went live recently, only to be pulled by Sprint moments later.

According to this report from Phandroid, the update was labelled as ‘MR0 DJ30’ and was specifically released to address a problem related to the ‘Microsoft Exchange IT Admin policy compliance and SMS short code messaging’ – according to Sprint’s notes.

However, Phandroid is reporting that the update didn’t actually work, and users couldn’t actually install it. After a short while, the update had disappeared completely, and has not been seen since.

We haven’t heard from Sprint regarding this update yet, but we’ll try and bring you more details on this later. Did any of you see this update appear on your Tab, only for it to disappear as well? 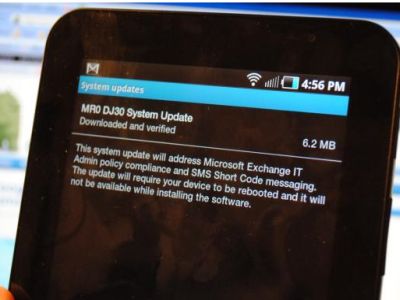