The Samsung Galaxy Tab came out last November, but reports are showing that the device seen as an iPad rival may not be satisfying all of the people that purchase the device.

Simon Reed from Pocket Gamer is reporting in an article that figures from ITG Investment Research from 6,000 stores, is showing that more than one in ten purchasers of the device are seeking a refund. Thirteen percent of people returned the Galaxy Tab by the end of December, rising to sixteen percent by January 15th.

The iPad bought through Verizon stores has only seen a two percent return rate. According to research the reason the device is returned to stores is mainly down to disappointment, and not technical problems. 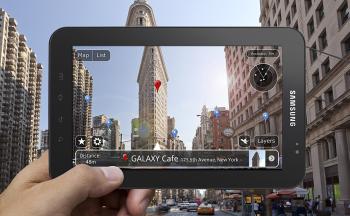 Meanwhile Mobile Computing News is reporting that the Galaxy Tab is not selling as well as being reported. Recent reports were saying that Samsung had sold two million units in its first three months; this is true except this includes what they sold to retailers. The actual amount of units sold to customers is far smaller.

With a lot more tablets set to become available this year, the Samsung Galaxy Tab may not hold on to second place behind the iPad for long. Samsung themselves are set to announce a new Galaxy Tab in a couple of weeks, so things are looking good if you are thinking of buying a tablet PC.

Have you used the Samsung Galaxy Tab? What did you think of it?