The Samsung Galaxy Tab Pro was unveiled during CES 2014 a few days ago and while some of the people at the event only got a little time with the tablet, there were others who managed to squeeze in some extra hands-on time.

It was this extra time that led to a rather interesting Samsung Galaxy Tab Pro review, as there seems to be a bit of a battle going on between the hardware and software. We already know the specs of this device, but for those who do not, then we ask that you take a closer look here.

Giving the Galaxy Tab Pro a more detailed look was PC Advisor and was them who said that while they believe the hardware to be strong, the device is letdown by software that is confusing. 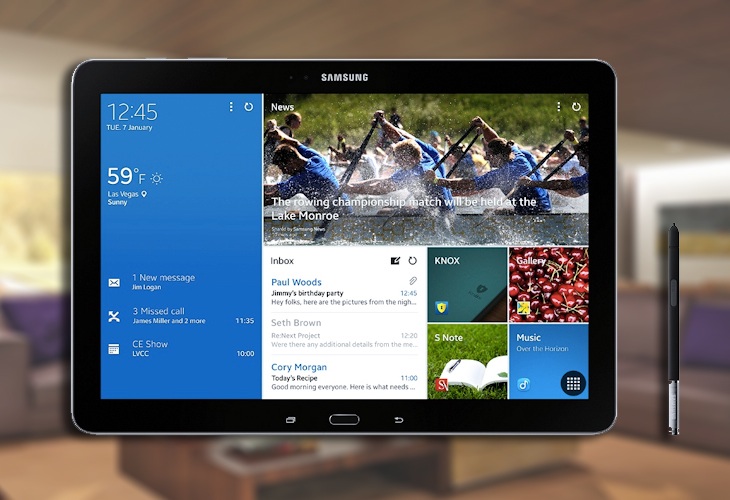 This new tablet does not run a naked version of KitKat or TouchWiz for that matter. Okay, so this might sound good at first, but it isn’t because the customization of a new Magazine UX interface is way over the top.

To give you an idea of what to expect from the Magazine UX UI, it is a little like HTC’s Blinkfeed, which means the homescreen is divided into grids of squares. Samsung must believe that this is what consumers want, but the reviewer believes that the homescreen has far too much going on and so looks too busy.

Check out the Samsung Galaxy Tab Pro video below and let us know if you think you will suffer from a sensory overload?