Since the Samsung Galaxy Tab was first launched it has seen a number of price cuts. The latest to drop their price is rumored to be T-Mobile, but we have yet to get confirmation on this. However, if the TmoNews rumors are to be believed then the carrier will cut its subsidy price to $250. We have yet to see this happen, if any readers know anything then please let us know.

These recent price reductions could all be part of Samsung’s tablet strategy, as they not only have to think about the upcoming iPad 2 but also their 2nd generation tablet as well. Things are still not that simple though, the Korean electronics maker still has to contend with the onslaught of 4G tablets coming to the market, such as the LG G-Slate and the Dell Streak 7.

The current Galaxy Tab has done very well for Samsung, and no doubt we will see more price reductions the closer it gets to its shelf life. We do not know if the company will keep selling the older model once the Tab 2 is here, or if they will discontinue it? 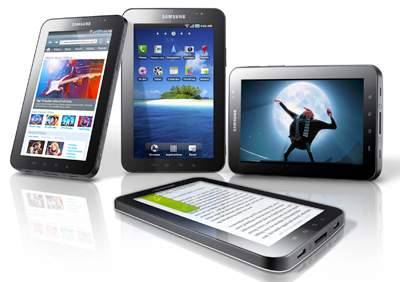 Electricpig has been looking at the recent MWC 2011 invite, and believes that we could see a 10-inch Galaxy Tab appear. Now we do not know if it will just be a larger version of the current model, or if it will have upgraded hardware?

We do not believe that this has anything to do with Galaxy S2, as it says that something big is coming; this tells me that it has to be a larger tablet device — what do you think?