I have a work collogue who is in a bit of a dilemma; he currently has the iPad, but is unsure if he should also purchase the Samsung Galaxy Tab. He almost purchased one a couple of days ago, but then thought he should wait until Apple release the iPad 2.

There are two things that are on his mind with this, he still has at least 5 months to wait until the iPad 2nd generation – do not believe what you hear about a Christmas launch. However, the main issue is that he has never had an Android device, and it is that reason what draws him towards the tab. 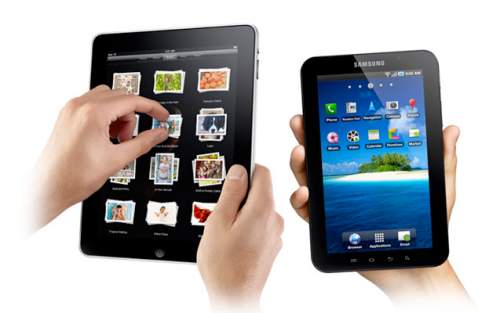 There are those who would argue why would you want two tablet devices — but that’s like saying why have two cars. They both do the same job, but there are subtle differences, much like a family car and a sports coupe then.

I have seen the Galaxy Tab in the store, and I cannot help but think it is a bit on the small side. However, it is the small form-factor that appeals to most, and impressive sales figures prove just that.
[poll id=”286″]