We have known for a while that Samsung was working on a new tablet, although the one spotted via a leaked print is not the one set to take on the iPad, but rather one for those of you on a cheaper budget. From what people are saying, it looks as though the new model is a Galaxy Tab E 9.6, and not the Galaxy Tab S2, which as we said above looks set to take on Apple’s tablet later in 2015.

Looking on the flyer released in Taiwan, it looks as though there will be two models, which makes sense seeing as though Samsung usually releases a WiFi only version, and also one that offers 3G connectivity. The model numbers are the SM-T560 and SM-T561. 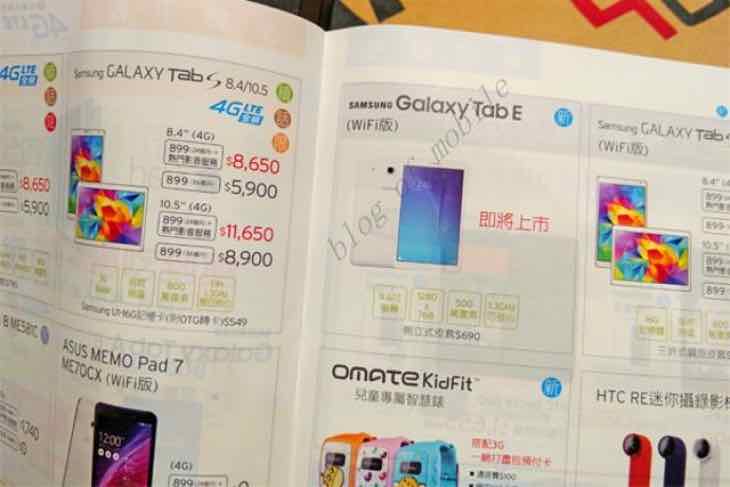 While we are unable to give you a specific price for the Galaxy Tab E 9.6 for the US market, we can give you a rough conversion from what it will cost in Taiwan. Prices are $203 and $226 for the WiFi and 3G models respectively. Remember, this is not the official price in the US, just a conversion.

However, you can see with that price guide that specs will not be all that special. If we are to believe the flyer represents the Galaxy Tab E 9.6, then this 9.6-inch tablet will come with a 1.3GHz quad-core processor, 1.5GB of RAM, 8GB of storage, and up to 128GB or external storage.

It’s clear from those main specification that this is no iPad killer, although we cannot wait to see what Samsung brings to the table with the Tab S2, sooner rather than later.