While Apple tends to go for the more premium market in terms of people looking for a tablet, the likes of Samsung have done very well in going for people with various budgets, although they still have a few premium models to take the fight to the iPad.

The Samsung Galaxy Tab 4 Advanced specs, or what is believed to be that model, have been revealed on GFXBench, where they have been reviweing some benchmarking tests.

Ok, so while we are unable to confirm that the Samsung SM-T536 is actually the Galaxy Tab 4, going on its specs, it’s hard to to think otherwise. 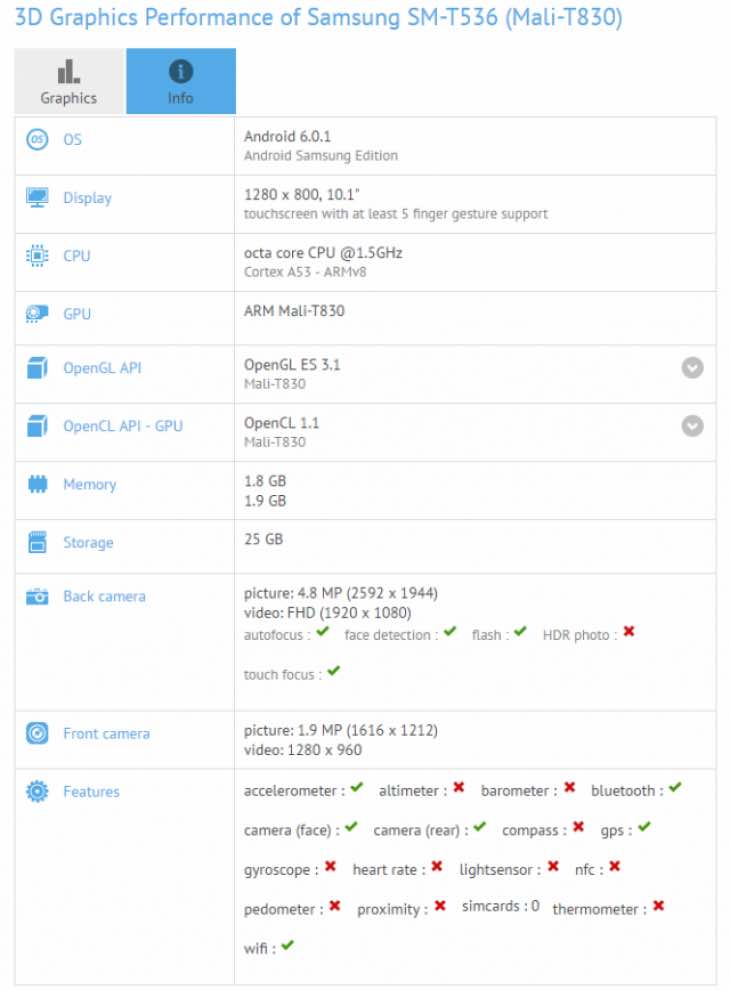 Going on those specs, which we will mention in a moment, it does bode well and suggests a price friendliness for the Samsung Galaxy Tab 4 Advanced tablet.

As for those features, there is a 10.1-inch display with a 1280Ã—800 resolution. The upcoming mid-range tablet will be powered by a 1.5GHz oct-core processor and 2GB of RAM. In terms of storage it will have 32GB, although not sure if there will be other options. Camera wise there will be a 5-megapixel on the rear and 2-MP up front.

We have yet to learn of its actual release date, but we assume that it will be very soon.