Now is the perfect time to pick up a new tablet in 2014 and if you are really lucky, pick one up with a nice discount on top too. Now we take a look at two popular tablets on the market with a Samsung Galaxy Tab 4 7.0 review vs Nexus 7 2013 model.

Both are considered two of the best tablets to pick up at the moment, largely due to the fact that they are available in the budget bracket but still have very good performance with impressive hardware specs. 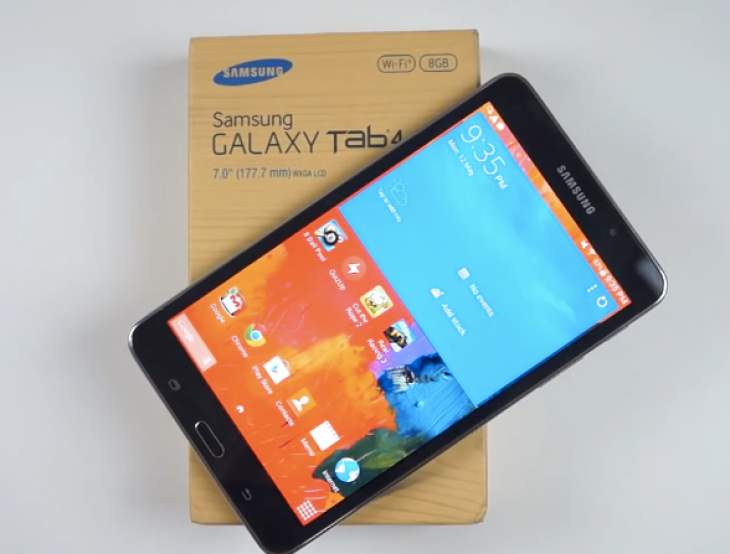 Storage is good enough with either 8GB or 16GB of internal memory, with the option of expanding this to 32GB with MicroSD card. Android 4.4 Kitkat is included out of the box, but there’s a very good chance that Samsung will offer a Galaxy Tab 4 7.0 Android 5.0 Lollipop update in the coming weeks.

In comparison, the Nexus 7 2013 is still the go to tablet for most consumers. The specs are very impressive indeed with a 7-inch display, a 1200 x 1920 resolution and a 323 ppi pixel density – so a lot better than the Galaxy Tab 4 despite being the older model.

Under the hood there is a quad-core 1.5 GHz Krait Snapdragon S4 Pro processor, with 2GB of RAM and Adreno 320 for high quality 3D graphics. Again, these areas outmatch Samsung’s tablet and there’s also the important fact that the Nexus 7 2013 has already been confirmed to be getting Android 5.0 Lollipop, which could arrive as early as November 12 2014. 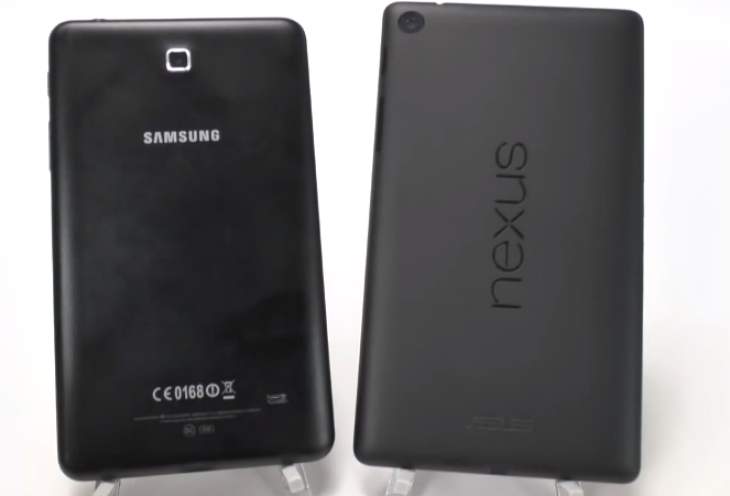 It is all going to come down to preference though and obviously price point. To help you decide which tablet is best for you, we have included two excellent video reviews that take a look at both.

One is a straight up Samsung Galaxy Tab 4 7.0 Vs Nexus 7 2013 review, while the second video focuses specifically on Samsung’s tablet for those that are considering a purchase this month in case of any bargains that appear.

Let us know which tablet you would pick between the two and which brand is currently number one for you when it comes to choosing a tablet.