Allow us to divert attention away from news regarding the Sony PSP2 handheld, as a fresh leak has confirmed that Samsung will be definitely showing the next generation Galaxy Tab and also their next Galaxy S smartphone at the upcoming Mobile World Congress event in Barcelona.

According to this report from Phandroid, Samsung will be unveiling both the Galaxy Tab 2 and the Galaxy S2 smartphone on February 13th, in a presentation that will last around 32 minutes, as detailed by a leaked document showing Samsung’s schedule for the event. 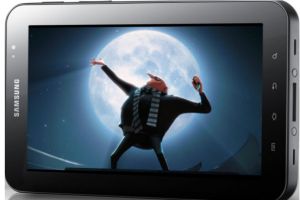 If you were worried that the next generation tablet wouldn’t make it to MWC 2011, this should be the final confirmation you need that a retail release this Summer is definitely a possibility.

Will it come with Android 3.0 Honeycomb and a Dual-Core Tegra 2 processor to go head-to-head with the Motorola Xoom, or do Samsung have some special plans in store for us?

Either way, MWC 2011 holds all the answers and we can’t wait to see what happens at the event. If you were previously set on buying a Motorola Xoom, you may want to keep an eye on the Samsung Galaxy Tab 2 at MWC 2011 to see if Samsung steal the show or not.