MWC 2011 begins on Monday, but there will be a special presentation on Sunday by Samsung. We know that the consumer electronics maker will announce a new Galaxy S smartphone, as well as the new Tab 2, but the rest has been speculation. However, we have details that their next tablet will be a 10.1-inch version and will run on Google Android 3.0 Honeycomb, just like the Motorola Xoom.

Engadget managed to get hold of some details from Pocket-lint, which could hopefully shed new light on this new tablet device. The Xoom was said to be the first tablet to come with Honeycomb, and this is not likely to change — unless Samsung are much further ahead than we all assumed.

We still expect Motorola to be the first out the box, but you have to wonder if the Tab 2 – if that’s what you call it — will fair much better than the Xoom, as Samsung has more experience with running Android on a tablet device? It is far too early to tell at this stage, as we can only speculate what the hardware specs are for the 2011 version of the Tab. Although TechRadar has learned that it could come with a 1.2GHz Orion dual-core processor, 8-megapixel camera and thats for starters. 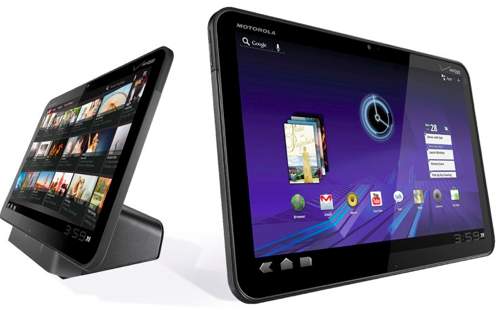 Stuart Miles says that the Tab 2 will not only have to fight the Xoom but also the iPad 2 as well. In theory they should be the same size, but believe it or not the latter will still have a smaller screen size. The event presentation will take place at 6PM Central European Time.

If you had to put your money on who would come out on top out of the Galaxy Tab 2 or the Xoom, who would it be?