The continuing legal spat between Apple and Samsung continues with the news that the Samsung Galaxy Tab 10.1 has been blocked by Apple. Now the company has won a preliminary injunction via a German court that bans the device in European countries except The Netherlands.

The ban follows claims from Apple that Samsung is copying technology used in the iPad, and according to The Telegraph the Galaxy Tab 10.1 will have to be removed from sale across the continent. According to some retailers in the UK the device has sold well since it was launched last week. The judge from the Regional Court of Dusseldorf backed Apple’s claims that Samsung had copied elements of the iPad 2.

Samsung can appeal against the ruling, but it won’t be heard for about four weeks with the injunction remaining in force. Any appeal will also be heard by the same judge that brought the original ruling. Analyst Florian Muller has said that Apple have also got a separate lawsuit ongoing in The Netherlands.

Samsung has been seen as Apple’s main rival in the tablet PC market especially with the Galaxy Tab 10.1. They first had the original 7-inch version, but the new 10.1 model has a similar screen size to the iPad, and is also slightly thinner.

According to an Apple spokesman “Samsungs latest products look a lot like the iPhone and iPad, from the shape of the hardware to the user interface and even the packaging”. Samsung has said its “disappointed” with the decision, and the company wasn’t given any notice of the ruling so couldn’t defend itself at the court.

The battle between Apple and various companies in patent dispute’s looks to run and run. But surely in this day and age big companies are professional enough not to knowingly copy another company’s products? What do you think does Samsung have a case to answer? 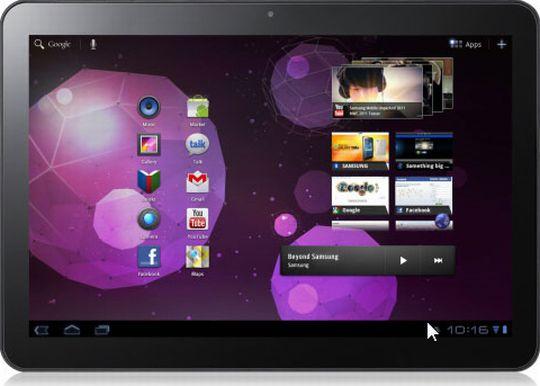