We recently gave you news of a revamped Samsung 7-inch Galaxy Tab rumored to be arriving later in the year. But the device which could really take on the iPad is the larger of the Galaxy Tab stable. Now we have news that the Samsung Galaxy Tab 10.1 will be available across the US starting tomorrow.

Early reviews of the device have been pretty favorable so far but it has only been available in New York’s Union Square Best Buy. Now Samsung have announced the device will be available nationwide from tomorrow according to an article on BGR by Zach Epstein. 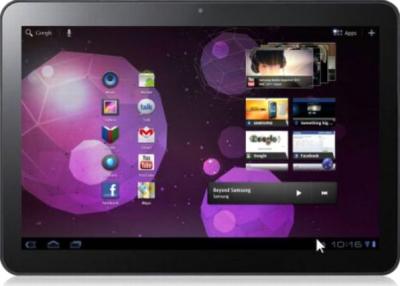 For those of you are thinking of getting your hands on one, it has a HD display with 1280 x 800 resolution, 1GHz dual-core processor, 3-megapixel camera on the back, and a 2-megapixel sitting on the front. The device is probably the nearest thing so far to challenge the iPad 2.

Will you be getting the Samsung Galaxy Tab 10.1?