Update: We’ve recently heard that the Galaxy S8 killer feature could be a front-facing camera with autofocus, along with fresh rumors stating that Samsung could also ditch the headphone jack – but like all things these need to be taken with a grain of salt.

The Samsung Galaxy S7 and S7 Edge were first revealed to the world in March of this year, and was released the following month, well March 11, 2016 to be more precise. The south Korean company offered fans some welcomed new features, although its design compared to the S6 is remarkably similar. Having said that, the bump on the rear-facing camera was reduced in size, which was a very welcome change to the previous model. However the design of the Samsung Galaxy S8 is said to be very different to that of the current generation model, and if so seems to follow a similar cycle to Apple’s iPhone.

Even though the S7 has only been out for 2 months, this has not stopped the rumors from starting, and we already have a decent list to look at, but remember, with the Galaxy S8 not expected to be released until March or April 2017, a lot can change in that time. Anyway, we thought we would give you some insight into what has been shared so far, such as the latest news, rumors, specs and leaked details in order to build up a picture on what we can expect next year. 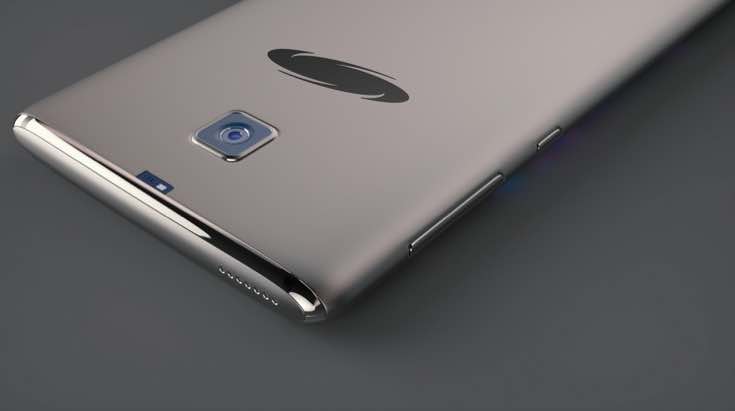 While we do not have a specific date seeing as though the current model is just two months old, we know that Samsung will reveal the S8 during MWC 2017, and more than likely release it the following month. This means that we are uncertain if its release will be March or April, as it depends whether The Mobile World Congress 2017 will take place in February or March, as it often shifts months. Having said that, upon further investigation, MWC will take place from February 27 to the March 2 – so we can presume the Galaxy S8 will be released in March 2017.

Like we said above, the Galaxy S8 and S8 Edge are likely to launch during MWC next year, although what we do not except is the same design. Samsung have already got away with doing that this year, and so some fundamental changes need to be made. There were a few differences, but these were only slight, and so we do expect more from Samsung next year.

In terms of the Galaxy S8 design, we expect there to be several differences, such as it being made slimmer, along with an all-metal build rather than a mix of glass and metal. Like we said, the current model is just two months old, and so details on its successor is very slim at the moment, and so we will keep adding to this section over the coming weeks and months.

Samsung certainly made a decent improvement with the S7 battery life of its predecessor, and so you would like to assume that the same will apply to the S8. What we would like to see with next year’s model is at least two days between charges rather than one, although highly doubt that will happen.

As for the camera, we would like to see a better front-facing one, as it’s currently just 5-megapixel. Having said that, with the rear-facing camera only 12MP, that’s certainly in need of an improvement as well. It would be nice to see that increased to 15 or even 18 megapixels at least. As for the front, there is no flash, which does cause an issue when it comes to taking selfies in low-light conditions. It would also be nice to see image stabilization included as well.

We would expect to see a sharper screen with next year’s model because while QHD is crisp and sharp; with Samsung getting in on the act with their Gear VR, there needs to be extra pixels added to help people have a far better user experience.

More storage is very much needed because just 32GB of built-in storage is just not enough seeing as though a lot of that is taken up with the OS. We know that you can increase this with microSD, but it has slower speeds than the built-in storage, and so Samsung really needs to address this.

The current model has two options, the S7 and the S7 Edge, where one makes use of the Qualcomm Snapdragon 820 processor and the other the Exynos Octa 8 chip. Samsung will need to up the ante if they have any hope of taking the fight to rival devices, especially the iPhone 7, which is expected to get a further upgrade in the performance department in September.

We do not have a clue as to how much the S8 will cost, but we suspect it will not be too different to the current model. There is still so much we do not know, although this is to be expected seeing as though the S7 is still only 2 months old. So for that reason we ask that you keep coming back, as we will be updating this article on a regular basis.