We have already had official confirmation from Google regarding Android 5.0 Lollipop rollouts for Nexus devices, with some already receiving their software update. Unfortunately, the same cannot be said for Samsung, as many consumers are still sweating over a lack of Galaxy S5 Android 5.0 Lollipop release date – the same goes for the S4 Lollipop update too.

Galaxy owners knew that they wouldn’t get the update straight away, as that privilege will go to those that own a Nexus device. However, it is the lack of communication from Samsung that is frustrating most consumers, as we are no clearer to knowing whether the updates will take place before the end of the year – or afterwards in 2015.

The latest rumors suggest that the Galaxy S5 and the Galaxy Note 4 Android 5.0 Lollipop launch date will be sometime in December. However, we still haven’t had a remote confirmation from Samsung on this and if true it doesn’t bode well for Galaxy S4 users who could be waiting until 2015 for an update.

We can see that the frustration is already getting to some users – just take a look at what one person said to Samsung Mobile regarding the Lollipop silence.

We have a feeling that Samsung are just not ready though. They have made mistakes in the past by giving out timelines which they couldn’t uphold and the lack of information is probably to avoid making consumers angry if they can’t deliver on time. 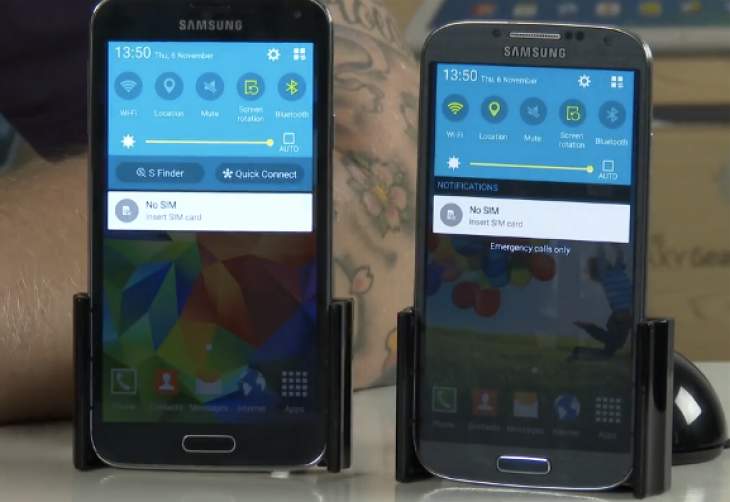 On a more positive note, we can give you a solid preview of what the Lollipop update will look like on the Galaxy S5 and Galaxy S4. Watch the video below courtesy of SamMobile to see a great comparison of the Lollipop interface on the two devices and the differences between them – if any.

Do you agree that it is the lack of communication from Samsung that is killing you at the moment? Let us know which device you own and your own predictions on when you think we will see an official update.