You might think we are miles away from a Samsung Galaxy S5 release date and we would have to agree with you, but this hasn’t stopped fans and technology bloggers from dreaming up a wishlist for what could be when the smartphone finally arrives in 2014, if at all.

One entertainment website tracks news on popular entertainment software and gadgets that entertain us, and they have updated their article on everything known about the Samsung Galaxy S5 so far. This is all speculation considering we’re so far away from any official announcement, but they do highlight an interesting point in regard to 3D being included with the Galaxy S5 specs.

Samsung Galaxy S5 encounters 3D cynicism – after looking at a few concept designs that hope for foldable 6.3-inch displays, a 7.5mm thickness and a much bigger battery. It seems the idea of 3D landed on the table.

Personally, I’ve never been a fan of 3D and while some movies have been impressive it doesn’t seem to bring the joy you get from a high definition movie that’s crystal clear. Are you a fan of 3D?

We heard about a Samsung patent for a “Panoramic Imaging Lens & System” before the release of Galaxy S4, although that smartphone didn’t include this new 3D camera or display, so could it be coming to the Samsung Galaxy S5? You can see an illustration of that patent, thanks to Patent Bolt, below. 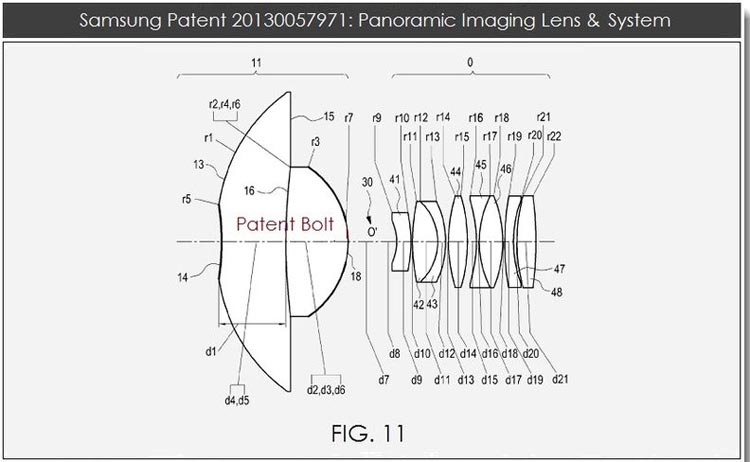 While some people believe this could end up on the Samsung Galaxy S5, it should be noted that this technology could arrive on a new digital camera as well.

Do you want to see some type of 3D technology included with Samsung’s Galaxy S5? In our opinion it should be avoided if it means a 3D display, put the money somewhere else like a lot more battery life or new battery technology. You can see some Galaxy S5 concept designs via an earlier article.