When it comes to the appropriate Samsung Galaxy S4 specs there are some features that need to make the final design, and there are those that could result in major problems if they’re included next year. We heard about the Exynos 5440 quad-core CPU right at the start of this year, and expectations were for the chip to skip the Samsung Galaxy S3 and feature on the S4 in 2013. This looks to be the case now with additional confirmation arriving on an official Kernel Git information page, which leaves it very unlikely for Samsung to include anything other than this quad-core brain on the Galaxy S4, especially after the Nexus 10 is based on similar technology.

We traced a video one month ago that had been published back in January this year, and this showed predictions were being made at least 10 months ago for the Exynos 5440 quad-core chip to be included in the Samsung Galaxy S4. You can see Samsung’s Kernel Git page here, which had been published last month and details a patch that adds support for EXYNOS5440 SoC “including ARM Cortex-A15 Quad cores”. If this is to be the brain of upcoming Samsung mobile devices then the Samsung Galaxy S4 specs should include this chip considering it will likely be the new flagship smartphone.

Samsung Galaxy S4 display rumor that persists — it seems that a number of blogs firmly believe Samsung’s new flexible screen technology will be included in the Galaxy S4, which in our opinion would be a bad move. An unbreakable display that is more flexible is good, but a totally bendy display that is hard to produce would be a recipe for disaster. We previously touched on the popularity of Samsung’s Galaxy S3 smartphone, and how such popularity with a new Galaxy S4 would kill any chance of a flexible display being included.

Following this we looked at other screen evolution issues as well, but this hasn’t stopped a number of websites claiming the next flagship smartphone could include a bendy screen even after Samsung and other brands commented on how hard it will be to mass produce these displays. Considering the current smartphone sold over 30M units, and the next would likely be as successful it would certainly be a recipe for disaster if Samsung included a display that’s hard to produce and radically different.

In our opinion and after listening to the production issues with this new flexible technology, any website claiming Samsung will bring a flexible screen to the Galaxy S4 is not looking at the bigger picture, but a screen that is made tougher thanks to small steps towards this flexible technology would be a good move. You will see flexible smartphones from Samsung next year, but don’t expect them on their flagship smartphone that would almost certainly end in production problems if the rumor became a reality.

What would be the appropriate Samsung Galaxy S4 specs in your mind? You can see a list of expected features and specs for the next flagship phone below thanks to this source, but we’d love to hear what you think should be included on the Galaxy S4? 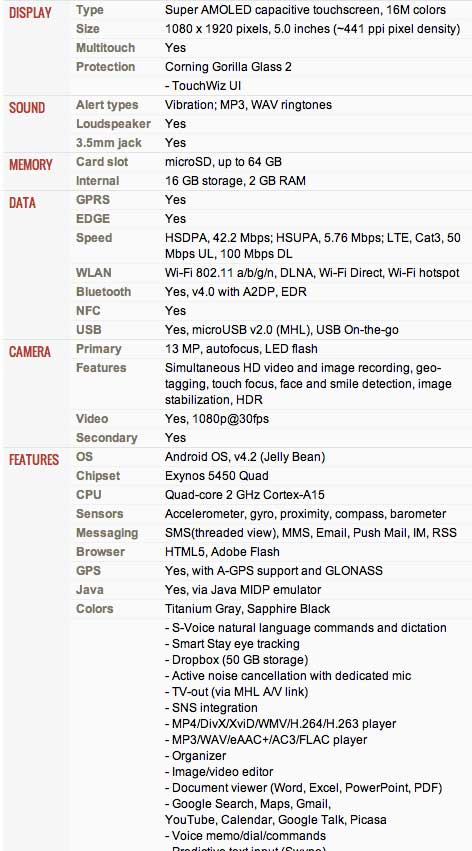