Are you still having problems deciding on the Samsung Galaxy S4 Vs Samsung Galaxy Note 3 in preparation of the Android 4.4 Kitkat update? If so, we’re here to help with a roundup of analysis videos, giving you the definitive verdict on which phone is better for you.

Samsung has really eaten into Apple’s market share in recent years and the Galaxy lineup is as strong as it’s ever been it seems. We’re now in 2014, but the Galaxy S4 and the Galaxy Note 3 are still arguably the two finest Android phones that you can buy on the market.

Both have great hardware specs, but if you are looking for a clear winner between the two, then the Galaxy Note 3 is head and shoulders above the Galaxy S4.

Reasons for this can be seen in a quick reminder of Note 3 Vs Galaxy S4 spec differences. The Galaxy S4 is running on a quad-core 1.9ghz Qualcomm Snapdragon 600 processor, while the Note 3 shines with a faster quad-core 2.3Ghz Snapdragon 800 chip. 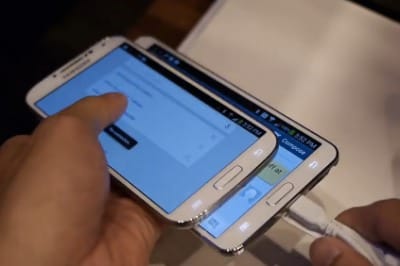 The Note 3 is also blazing fast in the RAM department, running on a luxury 3GB of RAM compared to the Galaxy S4 which has a still respectable 2GB of RAM. Both devices feature a 13MP megapixel camera on the rear, while both have a 2MP front camera as well.

Gaming is also superior on the Note 3, thanks to the upgraded Adreno 330 graphics unit. In comparison, gaming is great on the Galaxy S4 but it only ships with the slightly older Adreno 320 graphics.

Once again, the Note 3 shines Vs the Galaxy S4 in the battery life department too. 2600mAh on the Galaxy S4 is by no means a weak battery, but a whopping 3200 mAh battery on the Galaxy Note 3 will ensure that you’ll be gaming and viewing media just that little bit longer compared to most other Android devices. 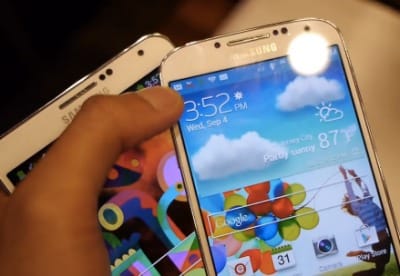 To give you a better idea on which device is right for you, we have included a selection of the video comparison videos that YouTube has to offer. Take your time, study each device and let us know which device you think is better of the two.

Does the Note 3 win hands down, especially after witnessing a recent Galaxy S4 Vs Note 3 Android 4.4 Kitkat benchmark pre-update?