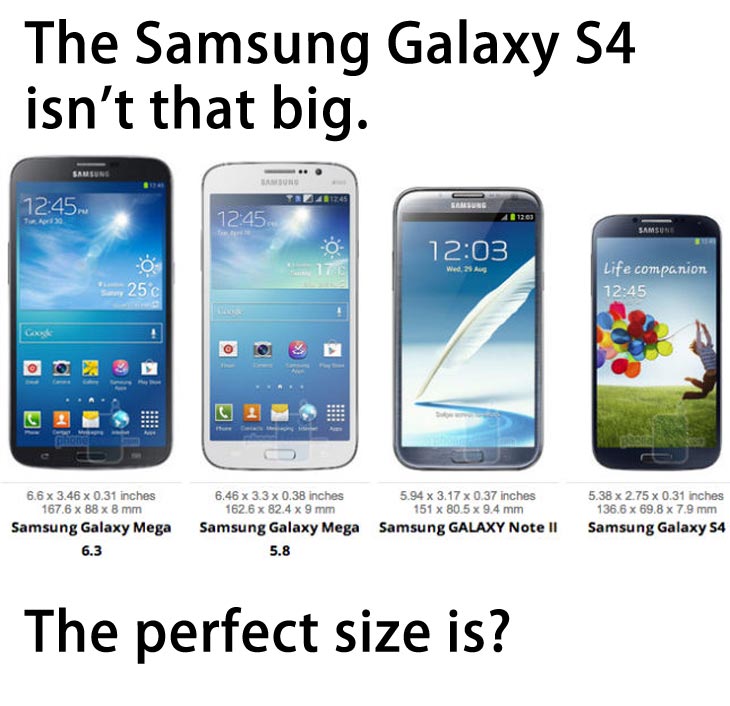 When we look at the Samsung Galaxy S4 next to the other smartphones we can’t help but think the Galaxy S3 update isn’t that big after all, how about you?

If you are looking for more insight into the Samsung Galaxy S4 vs. Note 2, then you should see this video review that aims to find out the best handset between two devices that aren’t that far apart in screen size, which is impressive considering one is classed as a phablet.