After Samsung’s mistake in accidentally revealing the Galaxy S4 Mini on one of their websites without a prior announcement, the Korean manufacturer has finally made things official this week. The Samsung Galaxy S4 Mini is on the way this Summer and we already have a great video for you to watch, which compares the Mini with its bigger brother, the S4.

We had actually thought that Samsung would be saving an official announcement, for their planned June 20 event in London. Now that the Galaxy S4 Mini has already been revealed though, does this provide yet more hints that we could be seeing an early Galaxy Note 3 reveal perhaps?

Back to the S4 Mini, as UK network Three has already confirmed that they have plans to offer the device to consumers this Summer. In preparation of this, they have released a promotional video which compares the Mini with the S4, for those who want to see the exact differences in size and design. 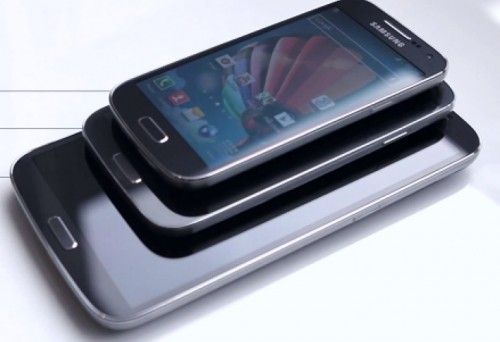 The video also gives a low down in spec differences as well, which will be a key area when it comes to decision making time closer to release. The Galaxy S4 Mini features a 4.3-inch qHD Super AMOLED display, an 8 Megapixel camera, LTE support, a 1.7GHz dual-core processor and 1.5GB of RAM.

You’ll also want to know that 8GB of storage will be offered, which is expandable with MicroSD card. There’s a 1900mAh battery on board and Android 4.2.2 Jelly Bean OS running on top of TouchWiz UI. Like the bigger S4, the Mini version will be available in both Black Mist and White Frost colors – no word on that stylish Blue Arctic model yet.

Some consumers think that the Galaxy S4 is too big for their hands, so does the Mini suit you perfectly at 4.3-inches? Have a look at the video above for a close look and let us know if you have been saving money for this. Look out for a price to be revealed at Samsung’s June 20 Galaxy event in London.