This article should help some of our readers that are still trying to decide what Android smartphone should be their next purchase, and have already narrowed the choice down with the main options being the Samsung Galaxy S4 vs. HTC One. We have taken a look at some of the latest reviews that put these popular Android phones against one another.

Samsung Galaxy S4 vs. HTC One in three confrontations — below this article you will find three videos that were uploaded to YouTube within the last week or so, and deliver hands-on insight and a verdict between the HTC One and Samsung Galaxy S4.

The first video runs for almost 30 minutes and provides one of the longest and most insightful reviews yet, although we won’t spoil the verdict between Samsung Galaxy S4 and HTC One, so you’ll need to watch the hands-on review or skip to the end but we recommend watching it all. You’ll learn more about the specs for both smartphones, media performance, useful features and differences in user interface. 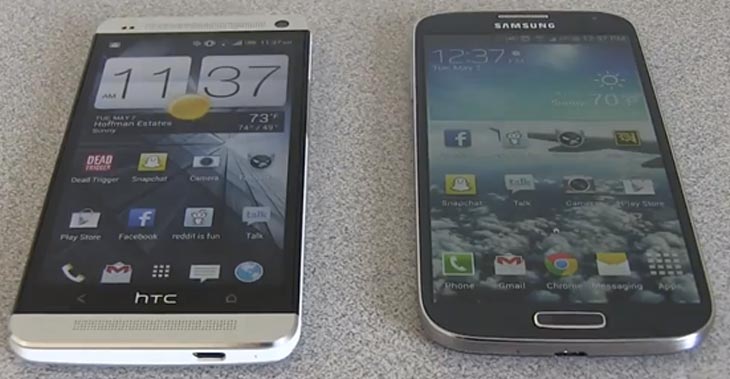 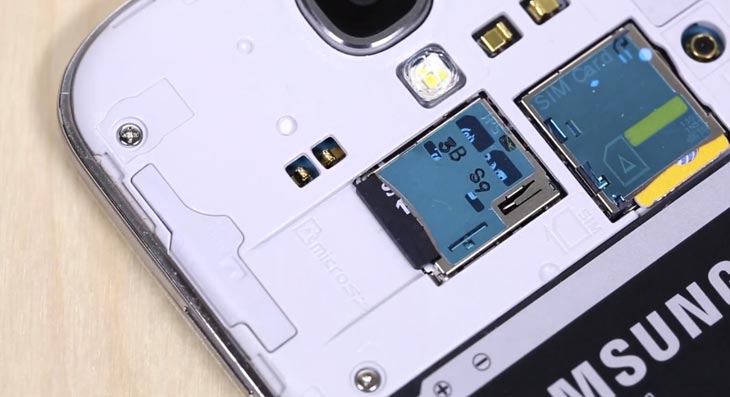 We have included two more HTC One vs. Samsung Galaxy S4 video reviews below the first video, which are shorter in length but well worth watching for more insight. The second hands-on video has over 2,000 likes and hardly any dislikes, so this 11-minute review is recommended by the YouTube community and might be due to it covering most aspects and being right to the point.

Finally, our last video putting the Samsung Galaxy S4 and HTC One side-by-side is a little more bias, which aims to explain why the Galaxy S4 is better than HTC One with 25 reasons. This video has been liked almost 1,000 times and has a lot more likes than dislikes, so again it is well worth a watch to see if they have any valid points in your opinion.

Watch the three videos comparing the Samsung Galaxy S4 and HTC One, and then let us know if any of these reviews changed your mind? If you want to see these two smartphones compared with a focus on cameras, then you should see our earlier article featuring a thorough camera test.