Some of you like the ability to repair your own smartphone, tablet or laptop if it goes wrong after the warranty period expires. Some are more easily repairable than others; take Microsoft’s Surface Pro, this is almost impossible to repair yourself. However, you then have the Samsung Galaxy S4, which is a far simpler device to fix.

We have only come to the conclusion of the Samsung Galaxy S4 repair simplicity because iFixit has been doing what they do best, and found that the new flagship handset from Samsung is one of the easiest devices to fix yourself, if there is the need for you to do so. 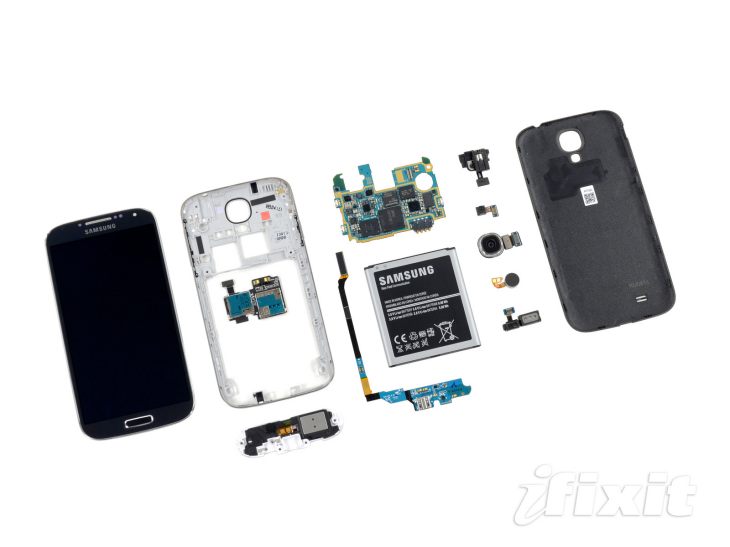 As always, whenever iFixit give us one of their teardowns they mark the device out of ten, and the Galaxy S4 reparability score was a massive eight, so you can see why the team was both excited and pleased with the outcome.

To give you a comparison, the HTC One scored a less than impressive one, while the iPhone 5 managed seven, which was also impressive for an Apple device. What makes the S4 easier to take apart is the removable rear panel and battery; it’s only then that you will need a few simple tools.

There was some adhesive holding some components together, which is what knocked a couple of points off the overall score, but Samsung should be happy in the knowledge they have produced an awesome handset, while making it easy for you and I to repair ourselves, if the time ever came.

One thing, don’t take this as an excuse to do those silly test to see how the Galaxy S4 will come out after being dropped from a height, as you know you will not have much issue repairing the handset yourself. Some of you have already been experiencing some problems when ordering the S4, as Samsung seems to have an issue with getting stock to carriers, although AT&T has been able to fulfill orders.