If you are patiently waiting for your Samsung Galaxy S3 to be updated to Android 4.1 Jelly Bean in the US, you may appreciate this detailed video preview of the new software which is already available on devices outside of the US.

As most of you are aware, Samsung has yet to provide the official update to Jelly Bean for carrier versions of the Galaxy S3, although the Sprint version was leaked earlier this week which you can read about here.

Samsung had stated at their Note 2 event that the Galaxy S3 Jelly Bean update would be coming ‘soon’, but so far that word has took on a whole new meaning with users starting to get frustrated with Samsung yet again, with the lack of communication and clarity regarding the update.

In the meantime, you can install a custom version of Jelly Bean right now, or you can sit back and play the waiting game while Samsung finalizes the update. A selection of Jelly Bean video previews are available for viewing right now on YouTube, and we’ve picked out one of them courtesy of The Review Room for you to take a look at below. 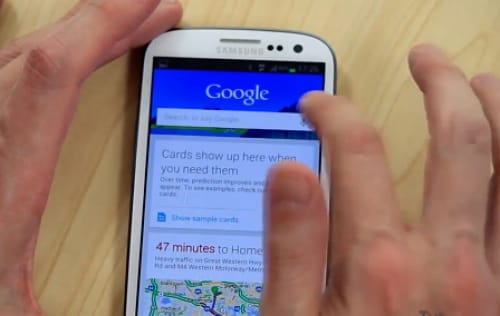 Their near 5 minute video gives you an introduction to the new software and a preview of some of the features available, including the brand new Google Now feature which is built into Android 4.1. Another useful feature of Jelly Bean allows users to resize widgets on the homescreen and we get a quick look at this in the video at the 2.05 mark.

If you want less talking and more footage of Jelly Bean running on the Galaxy S3, we’ve also included a second video below – but bear in mind that this is based off a leaked Jelly Bean ROM, not an official version released by Samsung. Having seen the new software in action – tell us if you think all the waiting around is worth it.

What do you actually want Jelly Bean for? The new Google Now features, or just the overall performance and speed improvements?