Despite previous promises of the infamous Jelly Bean update for the Samsung Galaxy S3 landing on three of the UK’s biggest carriers this month, it appears that some unfortunate customers are still waiting for their own update to start.

If you have the Samsung Galaxy S3 and are on contract with either Three, Vodafone or O2, there’s a good chance that you are now figuring out the new nuts and bolts of your handset after a recent OTA notification over the last few days. However, we’ve received feedback from some of you, stating that the update is still missing in your area though, particularly for those on Vodafone and O2.

We informed you over the weekend and earlier this week that O2 customers had a particularly frustrating time, after O2 initially revealed that the Jelly Bean update had gone live, only to experience some serious problems which resulted in the update being delayed momentarily. The problem appears to have been solved by O2 officially, but we are still getting some complaints from O2 customers who are still waiting for the Android 4.1 update to start. 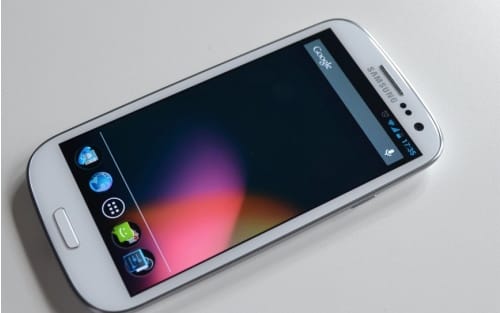 While that covers three of the networks in the UK, spare a thought for Galaxy S3 owners who happen to be on Orange, T-Mobile, Tesco or Virgin Mobile. Jelly Bean still isn’t available officially for any of these networks, and we could face a further wait on when Samsung and each respective network manage to push the update out for customers individually.

We remember seeing some major delays for Android Ice Cream Sandwich over in the US for various Droid handsets, but we have a feeling that Samsung may be starting to break some records with the painfully slow rollout of Jelly Bean across all regions. We can understand the frustration at hand, as it doesn’t take a genius to work out that Samsung are now starting to focus on the Galaxy S3 Mini, which comes with Jelly Bean out of the box.

After initially being touted as an Android handset from the promised land, how do you feel now that your device has been firmly pushed to the bottom of the pecking order? Let’s hope we have some encouraging news regarding a US Jelly Bean update for the Galaxy S3 soon.