It was thought that Motorola’s Droid Bionic would be the first dual-core handset to use Verizon’s LTE network. But as we reported almost a week ago the handset is being delayed, so what will Verizon customers decide to buy now. The Samsung Galaxy S2 is an impressive looking handset, but is not thought to support LTE.

Comparing the Samsung Galaxy S2 vs the Droid Bionic will consumers choose a Verizon LTE handset as the winner? When Motorola announced the Bionic was being delayed they commented on making several enhancements to the handset. Some think this could be to upgrade the processor from 1GHz to 1.2 GHz.

This is similar to what Samsung has recently done with the Galaxy S2, and with a more powerful processor will bring the Bionic up to the level of the HTC Sensation. There is also the HTC Thunderbolt that might not have a dual-core processor, but it is still a worthy handset.

The Samsung Galaxy S2 besides its processor comes with a 4.27-inch 800 x 480 Super AMOLED Plus display. It also has an 8-megapixel main camera and a 2-megapixel shooter on the front, and supports 1080p video playback and recording. It will also run on Androids 3.0 Gingerbread. 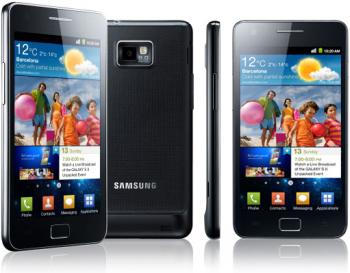 Motorola’s Droid Bionic has a 4.3-inch TFT capacitive touchscreen, and also has an 8-megapixel camera. But as the handset has been delayed so Motorola can make changes specs must be changing for the better.

So when both handsets are available would having LTE capabilities make you pick the Bionic over the Galaxy S2?