Any consumers who are looking to buy an Android smartphone are pretty spoiled for choice these days, as a whole host of desirable handsets are becoming available. Today we have an article comparing the Samsung Galaxy S2 hand in hand with the HTC Sensation.

The guys over at SlashGear.com have made a video which you can see below, that looks at the two devices side by side. Size wise the Sensation is supposed to be the bigger of the two, but because it has curved edges it seems smaller. When being held the HTC feels better with its metal and soft touch back, while the Galaxy doesn’t feel as nice as it is made of plastic.

The HTC has a higher resolution and is noticed when reading text especially when looking at web pages, but the Samsung was easier to read in bright sunlight. With the all important speed tests the handsets were pretty impressive with the Samsung having the edge of the two. Both devices were tested using the Quadrant Advanced benchmarking tool with the Galaxy achieving 7119 in the processor category, and the HTC managed 5918. 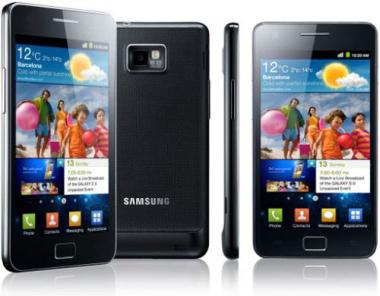 The handsets were also running Android 2.3.3 Gingerbread, but the lock screen was preferred on the HTC. Both handsets are pretty impressive and offer a lot of features for your money.

Which would you choose?