We have a real treat for smartphone fans now, as we have a full list of specs for four upcoming, unannounced handsets which are likely to top of your wishlists as soon as they are announced by their respective manufacturers.

We should thank Pocketnow for the news, as they have managed to obtain spec sheets for the Samsung Galaxy S2, the HTC Desire 2, Desire HD2 and also the HTC Wildfire 2. We’re not going to think how they got hold of this info, but we’re going to share with you the juicy details.

The Samsung Galaxy S2 is likely to be the most desired of the four handsets (in our opinion anyway). You’ll be pleased to know that the specs are pretty impressive. It will feature a Qualcomm 8260 Snapdragon 1.2Ghz dual-core processor, a 4.3-inch WVGA Super AMOLED display, a rear 8 megapixel camera with 1080p video recording and a 2 megapixel front-facing camera. Pretty impressive specs there you have to say.

Interestingly, the HTC Desire HD2 features the exact processor as the Galaxy S2, but if the spec sheet is legit – it won’t be coming with a front-facing camera unfortunately. It will also be equipped with a much smaller 3.3-inch display screen, and will still support 1080p HD video recording which is nice.

We don’t have any previous information on the Desire HD2, but you can check out an alleged picture of the Samsung Galaxy S2 below. We’ll be pleased if the actual design is similar to this picture, as we’re getting pretty bored of the usual Samsung ‘Galaxy’ design which they are still churning out now. 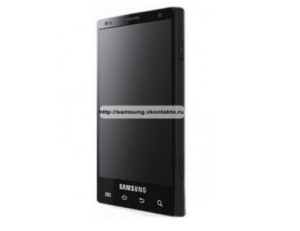 Check out the full list of specs for both devices over at Pocketnow. You may want to keep an eye on the Twitter accounts for both Samsung and HTC for further info as well.