There have been growing rumors recently that the next iPhone could be heading to Sprint when it finally sees the light of day. But we have news of the Samsung Galaxy S II/S2 on Sprint to tempt iPhone enthusiasts.

The Samsung Galaxy SII is currently selling really well in Europe, but as of yet there is no launch date set for the US. An article over at This Is My Next by Chris Ziegler has some blurred images of which could be the Samsung Galaxy SII. The images clearly show carriers Sprints logo and an 8-megapixel camera which the Galaxy SII has.

We recently had an article wondering if Apple had anything to do with the hold up with the release of the handset to the American market. It does seem strange that Samsung are taking so long to get the handset out there for the US consumers. The original handset was a great success and its replacement looks like it could be even more successful.

The model in the images may be known as the Galaxy Within, and could mean that Samsung could repeat what they did with the original handset and have slightly different handsets on each of the carriers it releases too. In the image which you can see below has a slightly different form factor with the volume button seeming a thicker metallic offering.

Other images have surfaced of a Samsung handset which could be the version heading to Verizon customers. Android Central has some images of a handset which will remind you of the Sprint Samsung Epic 4G. The handset is believed to be the carriers own version of the Galaxy SII and with a remodeled keyboard. While looking identical to the Epic 4G the shift and FN buttons have been moved with an internet shortcut key added.

The dedicated emoticon key has now found itself as a secondary status on the space bar, and the handset is thought to be running Android 2.3.4. The screen for the device is said to be of high quality, and has 2.17GB of internal storage. Despite the company’s ongoing spat with Apple they continue to give Android fans some great handsets.

The iPhone is undoubtedly a good handset which many consumers desire to own, but with the Android platform not only have you a lot of choice in devices, you are not tied down to Apple’s restrictive practices. 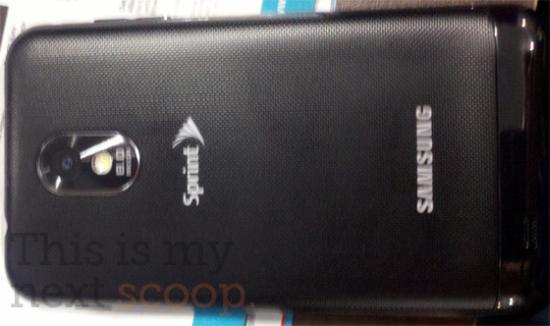