Although it was only a couple of weeks ago that Samsung officially announced the much-anticipated Galaxy S II (S2) handset during their pre-MWC event in Barcelona (see our previous article here), we are already hearing information about a UK price and release date.

According to a recent article by Phil Muncaster over on the v3.co.uk website, online retailers such as Play.com Clove and Expansys have all listed the Samsung Galaxy S II for pre-order, with the handset expected to release sometime in mid to late March.

Clove.co.uk are said to have been one of the first retailers to announce the news. The tech retail website stated that they would be shipping both the 16GB and 32GB versions of the smartphone, with the prices listed as £510 and £590 plus VAT respectively. 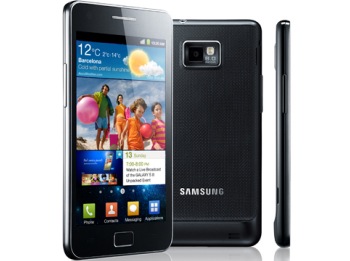 In the meantime, Play.com has the 16GB version listed as £599.99 and Expansys has exactly the same model listed a little higher at £629.99. The Samsung Galaxy S II features a 1650mAh battery, which Samsung says provides the longest standby and talk time of any smartphone.

Other features — as noted by Chris Smith over at nexus404.com — include a 1GHz dual-core Exynos processor, 1GB RAM, a 4.3-inch Super AMOLED Plus display with a resolution of 480 x 800, an 8MP rear camera with LED flash and auto-focus and a 2MP front-facing camera.